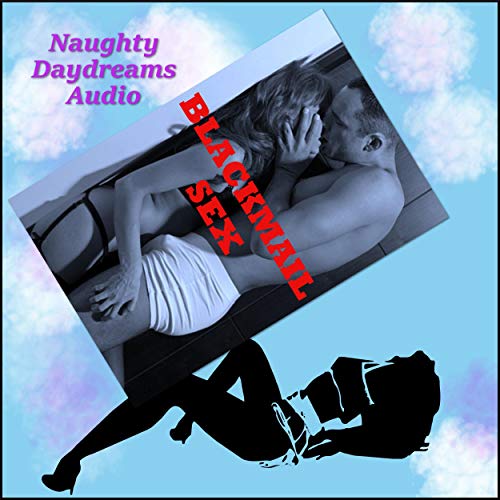 Blackmail sex makes for some of the hottest erotica around, and Naughty Daydreams Press knows why. That little bit of reluctance and forced seduction makes everything hotter, and in this collection of five scorching blackmail sex erotica shorts, you’ll find women left with no choices at all. The good news is that you’ve never seen anything hotter than this.

1. You Could Always Choose Jail: A Rough and Reluctant Public Blackmail Sex Short by Veronica Halstead

Melanie is in real trouble. She stole a car and got caught. She’s looking prison right in the eye, but the police officer who holds her destiny in the palm of his hand offers a choice. He can arrest her or he can fuck her, right there in front of the other police officers. She has no choice. It’s blackmail sex at its most vicious, and she chooses the sex in public.

It’s never a good thing to steal money from your employer, and it’s even worse when someone finds out about it! For Jessica, the situation just isn’t good at all! In fact, she’s faced with certain humiliation, embarrassment, and an end to her career. She’s faced with all of that unless she can convince the IT employee who figured it out not to tell on her; but when this office slut tries to use her body to deal with the situation, she learns quickly that there’s more to the computer nerd than meets the eye.

Violet has a real problem with stealing, and the worst part about it that she doesn’t even need what she steals. Sometimes, she doesn’t even know she’s stealing. Well, this little kleptomaniac is about to learn that stealing can fuck up your life, or more accurately, stealing can end up getting you fucked hard, right in the mall!

4. Fire at the Station: Blackmailed Into First Lesbian Sex by Nancy Brockton

Ally and Donna have been best friends since childhood, and they couldn’t be more excited when they get their firefighter certifications and are stationed at the same fire house. It turns for the worse right away, though. The station has six chauvinist men and no other women. In fact, there aren’t even separate shower facilities! It’s clear the station commander would rather they weren’t there.

Life isn’t easy for a former child star, and when the pressures get to be too much, alcohol and drugs tend to smooth things out. I’d tried to be good - really I had, but on my 18th birthday, my friend was in from France and…well, we did a whole lot of partying and not a dime’s worth of thinking.

Blackmail sex is ready and waiting, so click today!

This book is a keeper!

REVIEW: This book is a keeper. Overall, I give this anthology 🌟🌟🌟🌟⭐️ Four and a Half Stars for the storylines and 🌟🌟🌟🌟🌟 a perfect Five Stars for the narration. Of all the erotica I have listened to, Katrina Medina is my new favorite. She is superb! Individual story reviews to follow.

1. YOU COULD ALWAYS CHOOSE JAIL A Rough and Reluctant Public Blackmail Sex Short by Veronica Halstead

Review: (Spoilers) ⭐️ ⭐️ ⭐️ ⭐️ Four Stars (of five). This was a five star story right up until the end when the entire premise of blackmail was negated. I really enjoyed the set up and the way the sex was portrayed as the protagonist made use of her assets to get herself out of trouble. The twist at the end was interesting, but left holes in the plot as the protagonist clearly knew her aggressor. With minor tweaks in the early unfolding of her internal monologue, this could be smoothed out and while fun, I feel it would be better suited for a collection that is not centered on blackmail. The narration was exquisite. Five plus stars for Ms. Medina’s performance! I will be seeking out more from her.

Review: 🌟 🌟 🌟 🌟 🌟 Five Stars all around!
This was a very well told story. I loved the protagonist’s awareness of her situation and proactive thought of using her assets to get herself out of trouble only to find that not only was there more than met the eye to her blackmailer but also that there was pleasure along the way. The narration was wonderfully done and contributed greatly to this story’s telling.

Review: ⭐️⭐️⭐️⭐️ Four Stars (out of five)
Quite a sexy story of a bad girl paying her dues even while getting what’s hers. The voice acting of the narrator is truly what made this story an amazing listen.

4. FIRE AT THE STATION Blackmailed Into First Lesbian Sex by Nancy Brockton

Review: 🌟🌟🌟🌟🌟 Five Stars (out of five)
Hot!! Fire at the station indeed! Again, the narration was beautifully done and made this truly enjoyable.

A nice conclusion to this series. Again, not so much of a blackmail theme really but honestly the narrator’s voice carries the story so well, I don’t even care.