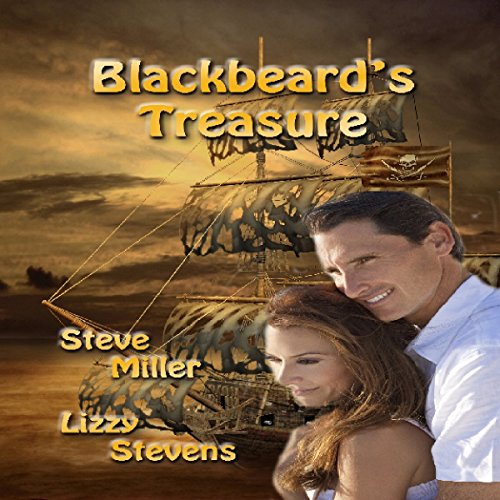 By: Lizzy Stevens,Steve Miller
Narrated by: Leslie Ellis
Try for $0.00

Edward Teach, better known as the pirate Blackbeard, was killed November 22, 1718. Two months before, he purposely ran his ship, Queen Anne's Revenge, aground at what is now called Beaufort Inlet. He emptied the ship of all treasures into his other ship, The Tender, and fled to where nobody knows. Two months later, when he reappeared, he was killed in battle, and his body was tossed into the ocean. To this day, nobody knows where the treasure went. For years, people have searched high and low for his treasure. It has been said that Blackbeard said nobody but he and the devil knew where it was located. Cassie Andrews returns to Branson Missouri to clean out her grandfather's house, who recently passed away. While emptying the attic she comes across an old diary belonging to a woman who claims to have been married to Edward Teach. Cassie soon realizes that she holds the key to the famous Blackbeard's Treasure. Cassie turns to her friend Levi for help in finding the treasure. "In her zeal to uncover the clues to Blackbeard's Treasure Cassie lands herself in the hospital. Attraction explodes off the page as Levi nurses Cassie back to health and together they experience the adventure of a lifetime to uncover their true feelings for one another and Blackbeard's Treasure.

What listeners say about Blackbeard's Treasure