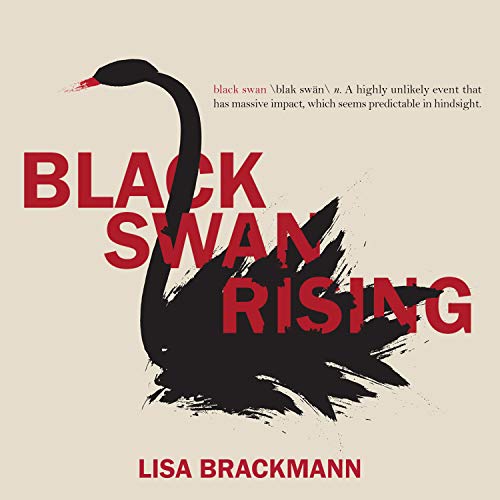 By: Lisa Brackmann
Narrated by: Christina Delaine
Try for $0.00

Sarah Price wants a career in politics. But she has a secret past that won't stay past, threatening her job on a San Diego congressman's reelection campaign.

Casey Cheng wants a story. An ambitious local television reporter, Casey needs to get her career back on track after being seriously injured in a mass shooting. When she investigates the man who nearly killed her, she finds a connection to a group of online harassers called #TrueMen - and realizes her shooter may not be the only killer they have inspired.

Casey's investigation and Sarah's secret put them both in the crosshairs of a hate group that targets anyone they've deemed to be against their cause, including Sarah's boss, the congressman. Now Sarah and Casey have a choice to make - do they hide? Or do they fight back?

Three women are making their way through a man’s world – not just misogynistic but violently so. Sarah Price wants to change the world for the better. She scores a job working for her favorite candidate, hoping someday she’ll be in the room where it happens. Casey Cheng as an ambitious TV news reporter, fighting to break out of the “surfing bulldog” beat. Lindsay Carson is the candidate’s wife, frustrated her marriage has turned into a thankless job. Each anesthetizes themselves in their own way.

As the story’s web tightens around them, each elevates their struggle not just to survive but to thrive in this hostile environment. I was particularly fascinated with how each woman deals with the men in their lives: lovers, coworkers, and archenemies. One of the questions posed is: Does a woman need to run to a man for protection or can she succeed on her own? I, for one, would love to see a sequel in which Lindsay Carson runs for office.

The narration by Christina Delaine is superb. She conjures a staggering number of voices for the characters and when she performed Sarah, she changed the voice depending on the point-of-view character’s impression of Sarah. I’ve never heard that done before and was blown away.

Social Media says it all.

Worse book in years. It continued to repeat the same saying about 3 or 4 different locations of social media-Hashtag and others.
Drug on for most of book, with never giving up anything of importance about the several people in this story. Just flipped around about a story that was not clear what they were talking about. I read it to the bitter end. Don't bother.

Tough read/listen - especially given America's currently divisive, near toxic political climate.
But, yeah, that's the point, right? Especially with a release just before mid-term elections. Would consider as "poli-sci-fi," but just barely "fi."
Having worked in local/regional journalism on both sides of the fence, I appreciate Brackmann's depiction of the near symbiotic relationship between candidates, their organizations and news outlets - not always noble or even admirable.
Swan is well worth a credit and the effort, despite a some plot-muddying side-trips, including marital discord, social media outing of a former assault victim and a LOT of stuff about CA's craft beer culture. Regardless, Brackmann spins a really scary yarn of local-level politics - and democracy in general - going pear-shaped fast.
Huge beef with narrator Christina Delaine. She's voiced a variety of genres previously (including, curiously enough, a couple true crime tomes) but struck me as better suited to the "Shades of Grey" franchise. Way too seductive, breathy and come-hither for this one, IMO. Guess Tracy Sallows, spot-on voice actor for Brackmann's Ellie McEnroe China trilogy, was unavailable - I think she'd have nailed Swan, too..
Regardless, please keep writing, Lisa, and I'll keep reading/listening.