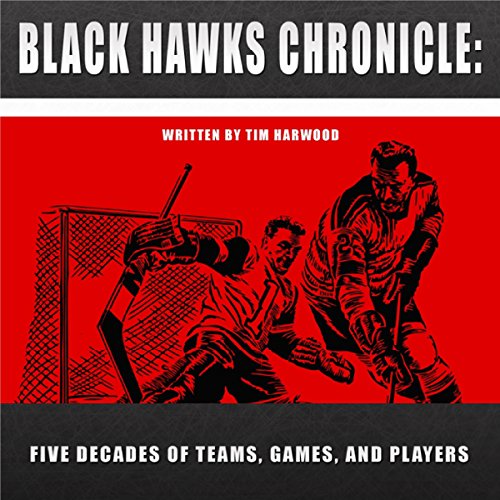 Hockey sprang to life in Waterloo, Iowa, when the Black Hawks and the United States Hockey League arrived in 1962. Immediate success on the ice allowed the franchise to put down deep roots. Paul Johnson, Jim Coyle, Bill Dobbyn, and a full cast led the Hawks to five consecutive championships in the 1960s against rival teams featuring players like Herb Brooks, Bill Masterton, and Paul Coppo. The Hawks' early accomplishments built a tradition that helped the sport through many leaner seasons in Waterloo. In more recent years, players like NHL All-Star Jason Blake, U.S. Olympian Joe Pavelski, and Stanley Cup winner Mark Eaton have developed their skills in northeast Iowa.

Black Hawks Chronicle recounts the accomplishments of nearly 50 seasons of hockey in the Cedar Valley. Big wins and tough losses are remembered here. Read about the senior players who brought the game with them and the juniors who thrilled Waterloo fans before going on to star in college and professional hockey. For fans who have followed the team from the beginning, relive the exciting moments. For those who have only recently discovered the Black Hawks, find out how hockey became Cedar Valley's proudest tradition.