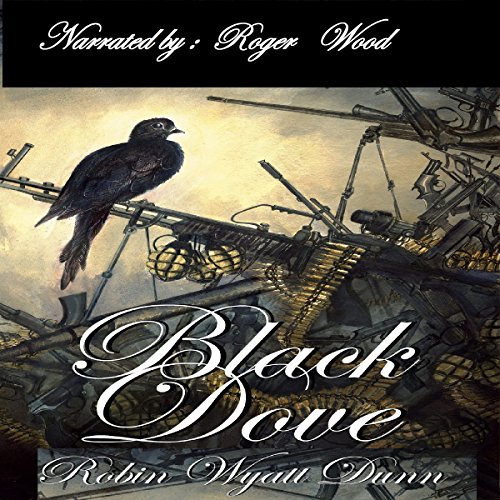 By: Robin Wyatt Dunn
Narrated by: Roger Wood
Try for $0.00

Love and war in the Middle East

Robert is a disillusioned reporter; Rachel an agent for Mossad. Modeled on the Song of Solomon, Black Dove explores the intricate interconnectedness between love and war, violence and friendship, and the complicated relationship between the United States and Israel.

When Robert moves to Jerusalem to chase his beloved, he finds that changing addressees changes something within him, and he abandons the role of disinterested observer to aid in the transformation of the Middle East, and the United States. But what he discovers is that Mossad is actually working against a Jewish-only state, and that to aid the Palestinian people they must subvert parts of their own government.

Black Dove reveals how the Middle East is a crucible for change around the world, and in the human heart.

What listeners say about Black Dove

Could use some editing.

I though this was OK. The story felt very fragmented. I also wish there was more detail about the different events that were happening throughout the book. A lot of that was left to the readers imagination. I realize it's the style of the story, but I thought it was too much.

The audio quality could be improved. I could hear quite a bit of background noise. Lot of sounds of most likely pages turning and an occasional beep. That didn't help anything. And at 2:17:40 the book starts playing two tracks at the same time for about 30 seconds!

The narration sounded like someone was reading a report which is something I'm not looking for.

I received the #Audible #audiobook version via #LibraryThing for an honest review.

I was utterly lost the majority of the book...Robert was absolutely "disillusioned," so I at least got the gist of that, but ultimately the book didn't flow right with me; it seemed turbulent to say the least. The transitioning made the story line confusing. I didn't like some of the metaphors - they seemed random. What was also extremely random was the explanations of word origins and meanings.

Throughout the book, I was continually getting angry with the story because it didn't make sense to me.

I appreciate having the opportunity to review this book, and I don't mean any disrespect to the author...the book just wasn't for me; the synopsis sounded like something that was right up my alley, but alas it wasn't.