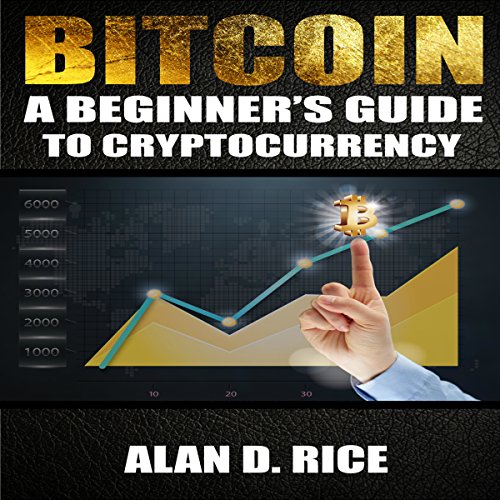 Bitcoin: A Beginner's Guide to Cryptocurrency

Bitcoins have shaken the financial world to its very core in a way that no one could have predicted when they first came into existence less than a decade ago. Since their inception, billions have been made and lost in a quest to maximize profit while minimizing risk. If you are looking for ways to do the former while minimizing your chance at the latter, then Bitcoin: A Beginner's Guide is the book that you have been waiting for.

Thousands of years ago, commodities such as cows and chickens were essentially considered currencies and were bartered amongst those living in isolated groups to form basic micro-economies. From there, modernization and urbanization brought about the creation of currencies as we know them today, coin and paper money that is issued by a central government and, theoretically at least, backed by an asset like silver and gold. Cryptocurrencies are the next logical step in this process and bitcoin, since it was the first to see mass adoption is currently the forerunner in this space.

Due to a mix of extreme popularity and a high degree of volatility, bitcoins offer up a means of investing that has the potential to be extremely lucrative while at the same time providing practically no barrier to entry. Inside you learn ways to take advantage of this fact to invest in them in such a way that you have a chance to see extreme profits virtually overnight.

What listeners say about Bitcoin: A Beginner's Guide to Cryptocurrency

This book includes all helpful information that you need as a beginner. It Will go in depth and describe The uprising of it and explain how you should approach this currency.


A good book to gain an understanding of what Bitcoin is about and a strong indication of Digital currencies that is trying to catch on the BITCOIN bandwagon and an innovative payment network and a new kind of money and Bitcoin is really a good currency for all Individual Business for all.Plus an excellent recent history of bitcoin and the major players involved, a must-listen for anyone trying to educate themselves on this development. Very informative, interesting, and well written.


Bitcoin is the whole new world for me, so the book gave some very useful tips on where to start. My favorite chapter is about bitcoin mining. A super helpful book, thanks


A very nice and very informative book. Must listen enjoy Bitcoin and see how beautifully author explained this book and made us easy to understand Bitcoin. Very impressive book.


Bitcoin is a global cryptocurrency that can be used as a medium of exchange. However, while many parties have started to accept Bitcoin as a currency, it is still controversial and poses risks in terms of security and stability. What I liked about this book is that it’s detailed and informative.

This book has lots of information about bitcoin. An unquestionable requirement for anybody endeavoring to instruct them on this advancement.

Awesome book for the novice! Clear and concise information for every listener! If you're considering infesting this is the book for you

Overall a good book 4 someone who knows nothing about Bitcoin. I wish it would tell you reputable places to buy Bitcoin, visible samples of charts &amp; explanation on how to know etc.

I feel like an expert!
this book gives the reader the confidence he/she needs to go out and use or invest in bitcoins

Honest, unbiased, and easy to understand. Great starter regarding crypto (bitcoin) currency. Highly-rated, I've been studying this investing strategy for over a year now.