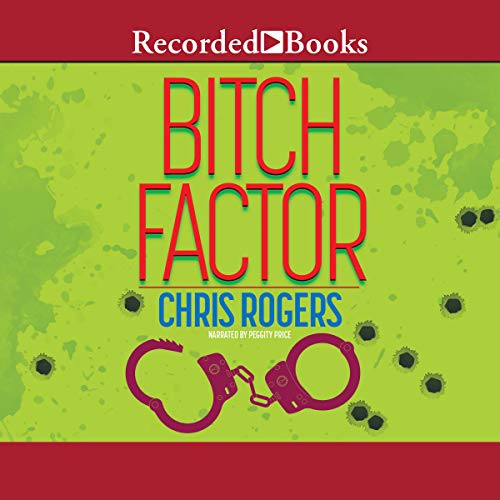 Author Chris Rogers draws on her Texas roots to write the Dixie Flanagan series. Dixie is legendary in the jails of Houston, returning even the most hardened criminals to jail after they've jumped bail. Now she's on the hunt for Parker Dann, who's been accused of running down an 11-year-old girl. But when Dixie finally catches up with the fugitive, he says he didn't kill the girl. And Dixie believes him.
©1998 Chris Rogers (P)2008 Recorded Books,LLC

Excellent and NOT predictable

There are so many ways this could have been a formula romance, predictable and pleasant, but not great. Instead Bitch Factor suprised me at every turn. Great characters. As soon as I finished it I immediately bought the other two books by this author. The reader does a competant job. I highly recomend this book! I hope there will be more books by this author.

Store drags on some spot. Than in other areas the story is rushed. And does not connect well. However, the book was entertaining