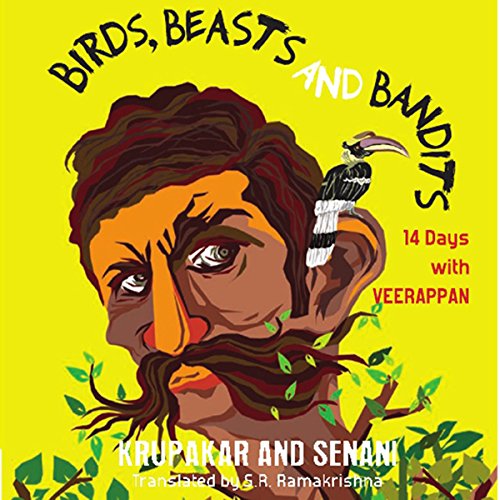 By: Krupakar,Senani
Narrated by: Sanjiv Jhaveri

Veerappan responded in a soft voice: "It has been many years since I killed elephants. But no one believes me if I say so."

In a comic case of mistaken identity, wildlife photographers Krupakar and Senani were kidnapped one night from their home at the edge of the Bandipur National Park by Veerappan, India's most dreaded bandit. He thought they were important government officials, and his plan was to hold them hostage in return for clemency and a substantial ransom. The bandit and his gang kept the hostages on the move in the forest, and their only contact with the outside world was via an old transistor radio.

While Veerappan, who had already killed some 250 people, formulated strategies to force the government to agree to his demands, his hostages not only got a close look at the plant and animal diversity in the forests of Karnataka and Tamil Nadu, but the intimacy of their life on the run gave them an insight into Veerappan's strange mix of cruelty and humanity. Though Krupakar and Senani came from a world that was completely different from that of Veerappan's gang, the kidnapped and the kidnappers became closely involved in each other's concerns.