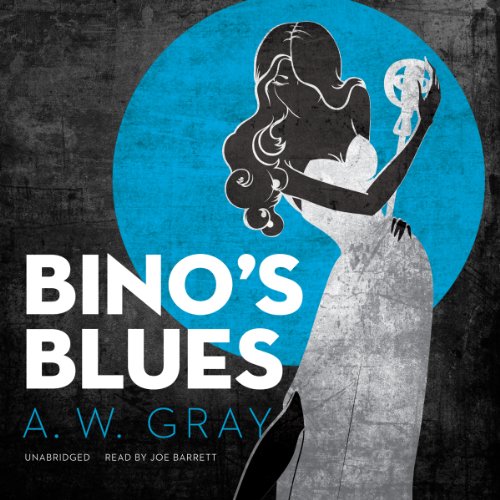 By: A. W. Gray
Narrated by: Joe Barrett

Defending a flashy, big-time Houston lawyer who is accused of killing his wife, Dallas attorney Bino Phillips becomes involved with a sultry blues singer, a vindictive judge, and a hired killer with a cleanliness fetish. Before long Bino will uncover corruption and conspiracies perpetrated by those on both sides of the law. And with all the deals being made, Bino is left to sort it out on his own.

He's not dead, Bino's alive and well. Unfortunately Bino Blues is the last of the series on Audible. It just may be the best. The synergy between the narrative and the narrator creates one of the best listening experiences I've encountered on Audible. The hilarious banter, timing, relationships between characters an the legal intrigue make this book (and series) one of my favorites.

My list of the top series off the top of my head: Harry Hole, by Nesbo. Department Q, by Alder-Olsen, Bino Phillips, by AW Gray, Inspector Gamache by Penny. To make my list in Police Procedurals category every book has to be excellent, the characters must demand my attention and capture my imagination, the stories must be believable (no super cops), and the narration should be excellent.

Nesbo's work doesn't have much humor, but Harry Hole is the best detective character in literature in my opinion. Department Q, Bino and Gamache have a great deal of humor and the relationships between characters are so dynamic they make the mystery secondary. All four feature excellent police work and intrigue.