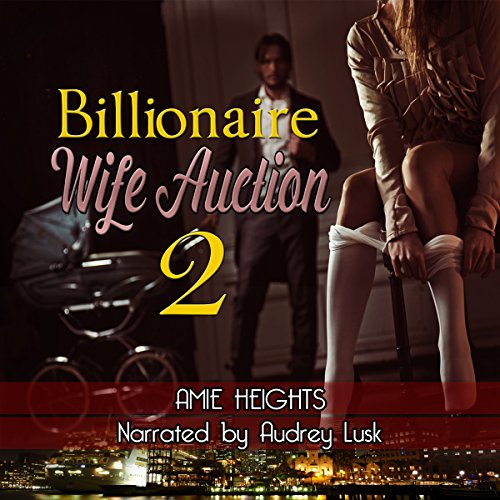 Love Comes at a Price
By: Amie Heights
Narrated by: Audrey Lusk
Length: 2 hrs and 44 mins
Categories: Romance, Contemporary
3.5 out of 5 stars 3.7 (3 ratings)
This title is included in Audible Escape

Maggie Bashir was done with living a mundane life of the destitute woman. When she discovers the wife auction, she jumps at the chance to see where life can truly take her. Maggie had expected a few thousand dollar payoff, but was shocked as her asking price kept going up until millions of dollars were on the line. Won in the auction by the handsome billionaire Achilles Auberjonois, Maggie never expected to learn he was not looking for a bride, but a mother for the infant that was dropped off on his doorstep.

As Maggie unravels the mystery behind the true parentage of the Achilles's young ward, she cannot help but lose her heart to the exceptional man who has already bought and paid for it.

Achilles Auberjonois: Handsome and carefree, Achilles had lived the life of a billionaire playboy for too long and it had finally caught up with him. When an infant is delivered to him with declaration that he is the father, he seeks to do the right thing and provide a mother for the baby the only way he knows how, with his money. What he doesn't understand is that he actually needs something very different for them to be happy, and only love can make a family.

Maggie Bashir: After being discovered in a chance encounter by the secret auction house, Maggie learns that she can trade a year of her life to be the bride of whoever spends the most for her. Once the auction is over she only expected to start living the life of a trophy wife. What she finds out instead is that sometimes love really does come at a price.