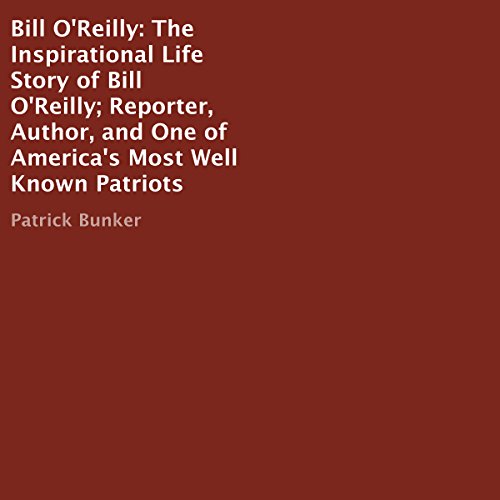 By: Patrick Bunker
Narrated by: Steve Olsen
Try for $0.00

Discover the inspirational life of Bill O'Reilly and the impact his life has had on popular American culture today!

Ireland would not regain herself until just after 1348 when the plague struck. Because most of the English and Norman inhabitants of Ireland lived tightly compacted in towns and villages, the plague hit those groups harder than the native Irish who lived farther apart from one another. Until 1584, though, Cavan was part of the province of Connacht, but later transferred to the Ulster Province where it remains. In the 15th century, Eoghan 'na feasoige' O Raghallaigh made some very important contributions to Cavan's business fronts. However, being subjected to Norman influence from the twelfth centry, it's cultural history remains a rich one.

As previously mentioned, the O'Raghallaigh clan ruled this part of Ireland in the medieval times. The name of O'Raghallaigh is translated into many forms including Ui Raghaile or more commonly known - O'Reilly - which translates into "descendant of Reilly" or the extroverted one. The motto on the coat of arms translates to "with fortitude and prudence" which is ironic considering the subject of this book - William James O'Reilly, Jr., or more commonly known as the famous American commentator and television show host Bill O'Reilly.