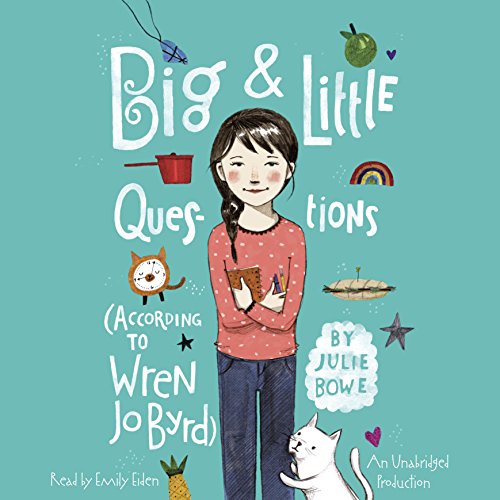 From the author of the successful Friends for Keeps series comes Wren Jo Byrd, a nine-year-old introvert whose life has gone topsy-turvy ever since her dad moved out.

It's the start of a new school year, and Wren Jo Byrd is worried that everyone will find out her parents separated over the summer. No one knows the truth, not even her best friend, Amber. When even her new teacher refers to her mom as Mrs. Byrd, Wren decides to keep their divorce a total secret. But something else changed over the summer: A new girl named Marianna moved to town and wants to be Amber's next bff. And because of her fib, Wren can't do anything about it. From take-out dinners with Mom to the tiny room she gets at Dad's new place, nothing is the same for Wren anymore. But while Marianna makes everything harder at first, Wren soon learns that Marianna once had to ask many of the same questions - the big ones as well as the little ones - that Wren is asking now.

Set in Wisconsin, with wonderfully nuanced characters - from the bossy new girl who acts big but has a secret of her own to the sporty girl who acts little and shy but who becomes an unexpected friend - this is a book about much more than divorce.

"By turns heartbreaking and heartwarming - exactly like real life. Julie Bowe takes on the tough questions about what it means to be honest, to be a good friend, and to be a family, and offers answers that, while not always easy, are always true." (Linda Urban, author of Weekends with Max and A Crooked Kind of Perfect)
"Bowe so masterfully took me inside the head and heart of Wren Jo Byrd that I felt like a 10-year-old again - and loved every minute." (Barbara O'Connor, author of How to Steal a Dog)