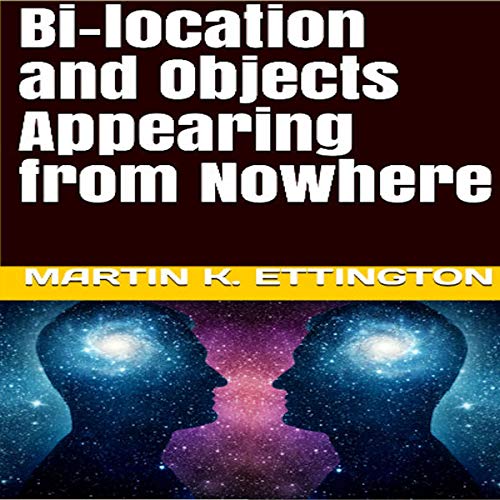 Bi-Location and Objects Appearing from Nowhere

Bilocation is real and can be learned.

I’ve experienced many paranormal events in my life. Most of them having something to do with prophecy. I’m also an author of numerous books on the paranormal, including my book written in 2009 God Like Powers and Abilities, which was an overview or encyclopedia of different paranormal abilities.

This book is about the phenomena of bilocation. The stories about individuals bilocating are the most fascinating, but I’m also including stories of objects that appear and disappear that might have similar underlying causes.

These two phenomena seem inextricably linked since they both involve teleportation through space and possibly quantum entanglement (which is covered in a later chapter).

I’ve heard about and seen enough evidence and had enough of my own experiences to believe these abilities are real.

However, my experience with bilocation is brand new and outside of the box of my previous experiences. Actually, having one of these experiences is what led me to write this book on bilocation and the spontaneous appearances of objects.

What listeners say about Bi-Location and Objects Appearing from Nowhere