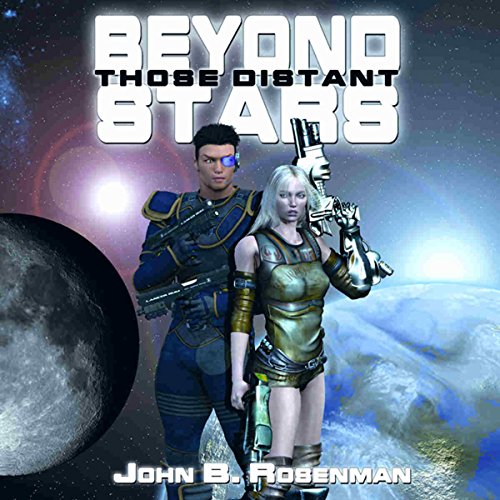 Beyond Those Distant Stars

Alien invaders have all but destroyed humanity. Stella McMasters, a retired naval officer, yearns to get in the war but knows she'll never get a chance. Then amazing things start to happen. After saving a comrade's life during a meltdown that almost kills her, physicians remove her radioactive flesh and turn her into a superhuman cyborg. She is then given command of her first ship and, against her better judgment, falls in love with its charismatic pilot.

On their way to join the Empire's last line of defense, Stella runs right into an enemy vessel. For the first time ever, the mysterious invaders invite humans aboard. Should Stella accept, or run? Can she avoid a crushing defeat and save humanity in the process?

What listeners say about Beyond Those Distant Stars

The story concept is ok but the telling of the story is bad. It is hard to get into the story and believe what is going on. There are a lot details missing that make you want to stop listening.

What could John B. Rosenman have done to make this a more enjoyable book for you?

Work on the scenes to make them believable.

Could you see Beyond Those Distant Stars being made into a movie or a TV series? Who should the stars be?