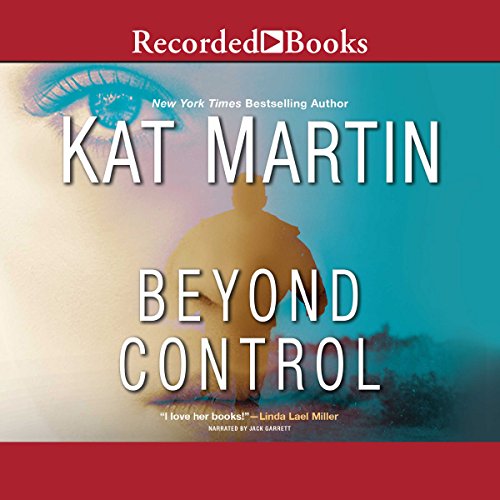 By: Kat Martin
Narrated by: Jack Garrett
Try for $0.00

When Victoria Bradford got engaged, she told herself to give love a chance. Six months later, she's on the run from her angry, abusive ex-fiance with her four-year-old daughter and nowhere to go.

Seventy miles north of Dallas, the Iron River Ranch is pretty much nowhere. That's what its new owner, Josh Cain, wanted when he came back from Afghanistan. Big skies, quiet nights, no trouble.

One look tells Josh the pretty redhead with the adorable little girl will give him trouble of the most personal kind. But he's seen trouble before, and he doesn't scare easy. Not when "accidents" start happening around the ranch. Not when Tory's best friend back in Phoenix is abducted and brutalized. Not even when it looks like their current problems are only the tip of the iceberg.

But if he gets too close to fierce, determined Tory, Josh knows his nights are going to be anything but quiet. And that's one possibility no amount of training can prepare him for....

What listeners say about Beyond Control

A big hit! A strong woman...a handsome cowboy...and a horse that becomes a hero. Another hit by Kat Martin and Jack Garrett who brings the story to life. A must Listen!

I didn’t want the book to end

Great book, actually all 3 of them. ❤️❤️will continue to read or listen to Kat Martin books. Thank you

I truly enjoyed this story! Kept me up all night waiting for the end of the story! Narration is excellent!

Weirdly militaristic and a lot of product promotio

Yeah, rather than a compelling story, this is a pro-military, terrorism-panic fueled romp with a protagonist clearly experiencing PTSD, despite the number of times the reader is assured otherwise. The third in a series of similarly themed tomes, if the line I read in the previous book that mentioned something like " Terrorists all want death to the infidels" is any indication. Also, white people get physical descriptions, everyone else gets " partly HIspanic" or "African American" or, my personal favorite " Asian heritage".

Also, Garrett's clear, but not very wide, vocal range made me realize this feels like a romance novel written by a man attempting to turn a profit off a "lady book" or possibly a woman trying to write a romance novel that a man might write, if all men and women where white hetero-normative, slightly conservative, Texans. Sex scenes demonstrate a pretty profound misunderstanding of female anatomy, much less sexuality. Writing style is bizarre, with all "lady things", from blouses to nipples, described with a single adjective: "pretty", but detailed descriptions abound about the following: cars, guns, freeway driving, the military. Also, lots of product promotion, from Ford F-150s to Kindles.

On the other hand, props for a b-plot exploring the productive post-war lives and sexuality of disabled ( differently abled? amputee?) veterans.

Bottom line: I will not be going back to read the first two books in the trilogy, and you can skip all three.

Final story in the trio

Great story. Keeps your interest with some suspense and romance. Jack Garrett is a wonderful narrator.

This is the 3rd audio book in the "Beyond" series. Josh is Linc's half brother from book 1. I enjoyed listening to Jack Garrett's narration. Definitely worth a credit.