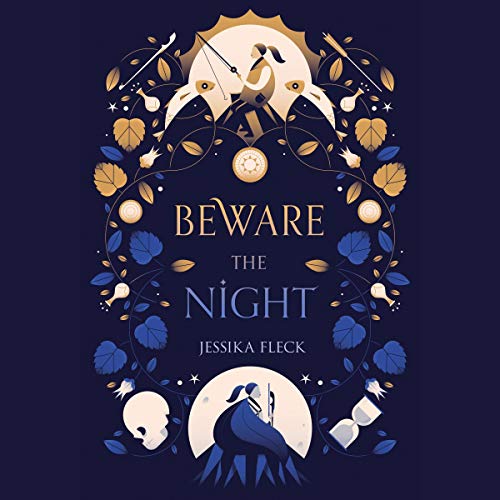 By: Jessika Fleck
Narrated by: Vanessa Moyen
Try for $0.00

On the island of Bellona, they worship the sun. Seventeen-year-old Veda understands that keeping the sun content ensures plentiful crops, peace and harmony, and a thriving economy. But as a member of the Basso class, she never reaps those benefits.

Life as a Basso is one fraught with backbreaking work and imposing rules. Her close friendship with Nico is Veda’s one saving grace in a cruel world where the division between her people and the ruling Dogio is as wide and winding as the canals that snake through their island.

But when Veda’s grandfather is chosen as the next sacrificial offering to keep the sun’s favor, Veda is forced to see the injustice of her world. Turning away from the sun means she must join the night - and an underground revolution she’s been taught to fear all her life.

What listeners say about Beware the Night

Young adult category. Easy listen. There’s potential here for a great story. I feel that perhaps the narrator let the story down. Her voices did not differentiate between the characters well. At the end it says Niko as the person who is recollecting what is happening so she speaks mostly in Vedas voice!!
And when words are pronounced incorrectly it takes you out of that world....However the depth of this tale is very shallow, I need more twists and turns, I want to feel more emotion!!! I also want to see my fictional surroundings better. Also describe your actions of characters with more than nod nod nod nod *really?? The setting is more primitive etc, so modern terms don’t fit well. I am thinking back now and I do not even remember the main characters features.. accept for Nikos dimple. I don’t know what they look like!?
I felt a bit like its similar to a few other books but this was more like an overview of a greater story beneath. Finally when this book got an actual twist... it ended. So fingers crossed that Book 2 whips it all in to shape. All in all I think the narrator did influence my rating.
I am still going to seek out book 2.
Happy Listening! :) 📖🌞🌙