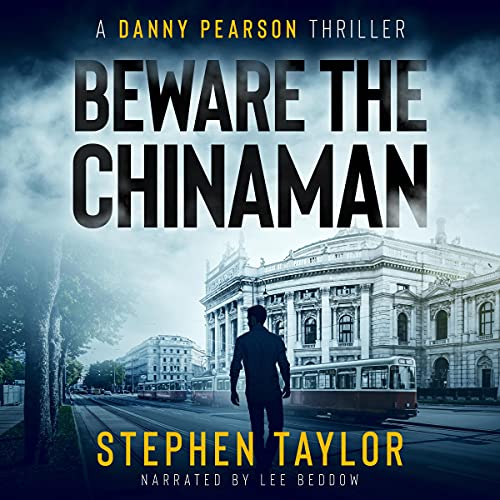 By: Stephen Taylor
Narrated by: Lee Beddow
Try for $0.00

As a secret organization kills, corrupts, and influences its way to global domination. Danny Pearson must stop them and the deadly Chinaman in his most dangerous adventure to date.

Still in government man Howard’s debt, Danny Pearson reluctantly flies to Vienna to retrieve a package sent to Kate Crossman by her brother. A simple pickup turns into a fight for their lives when an assassin known as the Chinaman turns up.

The package holds information that will expose a secret organization called the Board, and its chairman wants it back. The Board's power and influence spread far and wide, with enemies around every corner. Danny must protect Kate and the information until justice can be done.

Could the Chinaman’s be the last face Danny sees?

Beware the Chinaman is the third in the Danny Pearson Thriller Series. If you like evil villains and breathtaking action, then you’ll love Stephen Taylor’s third chilling action thriller.

What listeners say about Beware the Chinaman