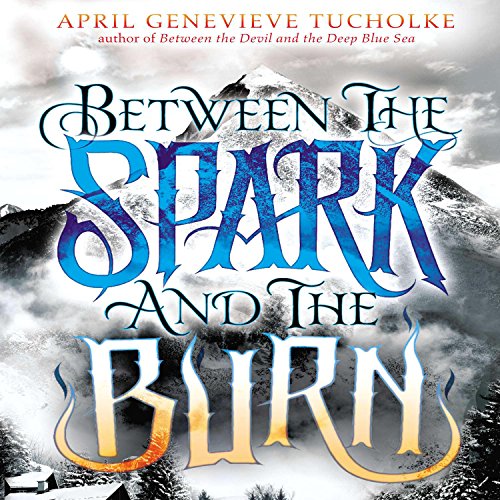 Between the Spark and the Burn

By: April Genevieve Tucholke
Narrated by: Jorjeana Marie
Try for $0.00

The conclusion to Between the Devil and The Deep Blue Sea, this gothic thriller romance with shades of Stephen King and Daphne du Maurier is a must-listen for fans of Beautiful Creatures and Anna Dressed in Blood.

Freddie once told me that the Devil created all the fear in the world.

But then, the Devil once told me that it's easier to forgive someone for scaring you than for making you cry.

The problem with River West Redding was that he'd done both to me.

The crooked-smiling liar River West Redding, who drove into Violet's life one summer day and shook her world to pieces, is gone. Violet and Neely, River's other brother, are left to worry - until they catch a two a.m. radio program about strange events in a distant mountain town. They take off in search of River but are always a step behind, finding instead frenzied towns, witch hunts, and a wind-whipped island with the thrum of something strange and dangerous just under the surface. It isn't long before Violet begins to wonder if Neely, the one Redding brother she thought trustworthy, has been hiding a secret of his own...

"Horror and romance blend seamlessly in Tucholke’s distinctive prose. She understands the genre well, and women looking for such guilty pleasures will be hard pressed to find better examples. Readers who loved Between the Devil and the Deep Blue Sea will enjoy the sequel, with its uniquely stilted, poetic tone and slow-burn pace that enhances both sexual and horror tension." (VOYA)

"The faded opulence of the setting is an ideal backdrop for this lushly atmospheric gothic thriller, which, happily, comes with a satisfying conclusion. Darkly romantic and evocative." (Kirkus Reviews)

"The lush and polished prose, eerie locales, and pervading sense of dark unease are just as engrossing as they were in the first installment.... The twists, secrets, and Redding-brand mayhem make this a worthy successor." (School Library Journal)

What listeners say about Between the Spark and the Burn

Such an amazing book

I am so in love with this book series I need there to be more!!!