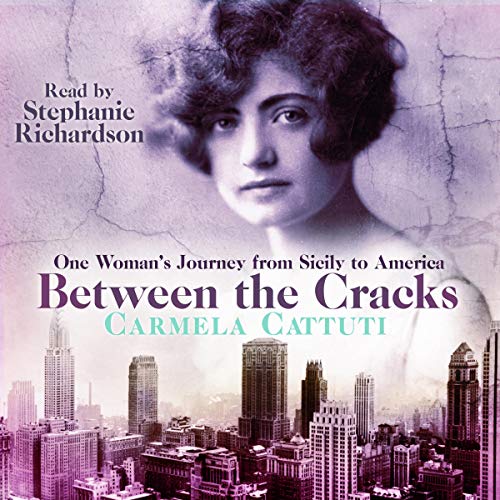 By: Carmela Cattuti
Narrated by: Stephanie Richardson
Try for $0.00

Join Angela Lanza as she experiences the tumultuous world of early 20th-century Sicily and New York. Orphaned by the earthquake and powerful eruption of Mt. Etna in 1908, Angela is raised in the strict confines of an Italian convent. Through various twists of fate, she is married to a young Italian man whom she barely knows, then together with her spouse, immigrates to the US.

This novel is an invitation to accompany the young Angela as she confronts the ephemeral nature of life on this planet and navigates the wide cultural gaps between pre-World War II Italy and the booming prosperity of dynamic young America.

Author, artist, and teacher Carmela Cattuti created Between the Cracks as a homage to her great-aunt, who survived the earthquake and eruption of Mt. Etna and bravely left Sicily to start a new life in America.

What listeners say about Between the Cracks