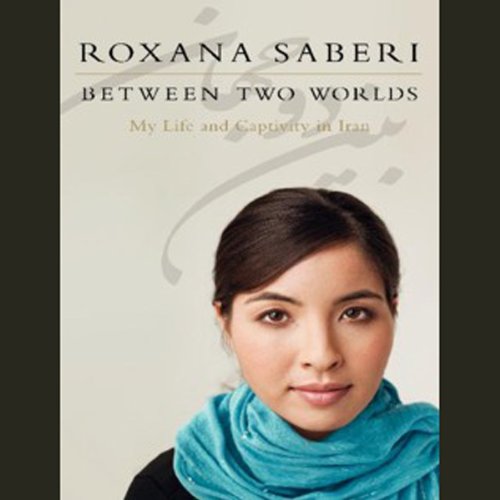 My Life and Captivity in Iran
By: Roxana Saberi
Narrated by: Roxana Saberi
Length: 9 hrs and 8 mins
Categories: Bios & Memoirs, Personal Memoirs
4 out of 5 stars 4.3 (60 ratings)

On the morning of January 31, 2009, Roxana Saberi, a brilliant and fearless Iranian American journalist working in Iran, was dragged from her home by four men and secretly arrested. The intelligence agents who captured her accused her of espionage - a charge she denied. For 11 days, Saberi was cut off from the outside world, forbidden even a phone call. For weeks, neither her family, friends, nor colleagues had any knowledge of her whereabouts.

After a sham trial that made headlines around the world, the 32-year-old reporter was sentenced to eight years in Iran's notorious Evin prison. But following broad-based international pressure, she was released on appeal on May 11, 2009. Now Saberi breaks her silence to share the full story of her ordeal.

In this compelling and inspirational true story, she writes movingly of her imprisonment, her trial, her ultimate release, and the faith that helped her through it. Her recollections are interwoven with stories of her fellow prisoners - many of whom were women, student and labor activists, researchers, and academics, and many of whom were jailed for their pursuit of human rights, including freedom of speech and religious belief.

Between Two Worlds is also a deeply revealing account of the complex nation of Iran and the six years Saberi lived there. A citizen of both the United States and Iran, Saberi sheds new light on the Iranian regime's inner political workings and the restrictions to basic freedoms that have intensified since President Mahmoud Ahmadinejad's victory in 2005. The recent uprisings in Iran - and the astonishing outbreak of support for Iranian citizens from across the globe - mark a critical turning point as the nation hangs on the precipice between democracy and dictatorship. From her nuanced perspective, Saberi offers a rich, dramatic, and illuminating portrait of the country as it undergoes a striking transformation.

“ Between Two Worlds is an extraordinary story of how an innocent young woman got caught up in the current of political events and met individuals whose stories vividly depict human rights violations in Iran.” (Shirin Ebadi, winner of the Nobel Peace Prize )

A Gripping and Tender Story

Between Two Worlds is an amazing personal story of how the Islamic Regime has affected women in Iran and particularly of one woman who is detained in Tehran's notorious Evin prison. Roxana tells her story with an amazing sense of balance. On one hand are the amazing friendships she is able to forge with Iranian people and culture. On the other hand she does not minimize the horror of the Islamic Regime in its quest to remove personal freedom from those within its borders. She narrates her story well - keeping an enthusiasm that must be difficult to maintain in the face of her memories of such unfair and cruel treatment. I frequently had to comfort myself during the book by remembering that she is alive and well, and has been able to return to a place where she is free to tell her story. This book is of particular interest to members of the Baha'i faith as it gives a very rare personal glimpse of the lives of two of the Friends in Iran who are facing trial on spurious charges of espionage. Thank you for sharing your amazing journey and I hope that the lives of those who read/hear it are challenged to appreciate what personal freedom is all about.

Saberi does a great job describing the inner prison life in Iran under the terrible current regime. Her style of writing makes you really appreciate the struggles she went through, along with the Baha'is and other political prisoners.

What a great book, Roxana really helped explain what the Evan prison was like in Iran. Overall it was a solid book... The ending did kind of drag on but still a great book!

Roxana's challenges were impressively well documented (though she makes the disclaimer that without being able to write, all were dependent on her memory of the events afterwards). She tells her own story, and paints a picture of life for moderate to liberal Iranians and their struggles. She narrates it herself, giving the impression that both writing and reading the book was a cathartic experience, allowing her to review, learn from, and move on from the trauma she experienced. Great book, great listen!