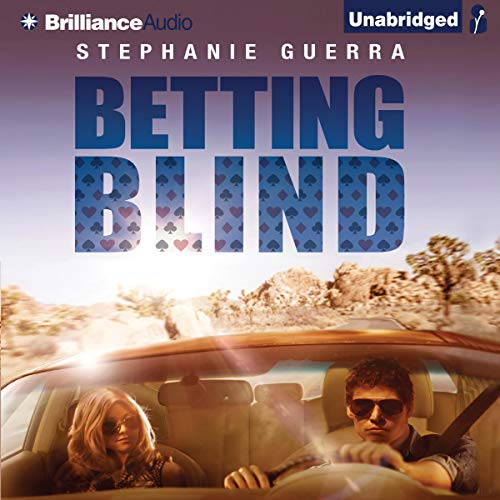 Some risks are worth taking.…

The cards are stacking up against Gabriel James: first there’s Phil, the guy paying the bills for Gabe’s mom (but not leaving his wife). Then there’s Gabe’s new school, filled with kids competing for the Ivies, Silicon Valley, and Wall Street—while Gabe’s just trying to swing enough Cs to graduate.

Gabe’s luck seems ready to change when he meets Irina Petrova: a hot violinist who is home-schooled by her strict Russian parents. When Gabe gets her number, he impresses the top guys at his school. When he becomes the drug connection for parties, his reputation is solidified. How else is he going to afford hanging with his new crew and impressing Irina? Anyway, it’s not really dealing if you’re just hooking up friends…right?

Gabe’s never been loyal to a girl before, but he finds himself falling for Irina hard. As the stakes are raised, Gabe will have to decide how high he’s willing to bet on school, on friends, on Irina—but most of all, on himself. Mature content, ages 14 and up.

What listeners say about Betting Blind

Now i have no idea how I came by this audiobook. I may have received it for review or bought it on sale or something but it is NOT something I would ever have picked up if I read the blurb.

This is a contemporary YA Book. Our hero makes so many bad choices and then redeems himself again by being a really good guy. His mom is so flaky..Irina so ...so.... Well such a hypocrite. But his mom is not such a flake. Irina is smarter than most grownups and in the end this is one of the top ten reads I have happened upon this year.

The narrator is brilliant as our hero but he is less good with female voices. In fact he needs to practice a lot with his female voices but in the end he makes our hero shines and I am willing to forgive him for his female screeches.

This book is brilliant but do note the age restriction. It is up for a reason.