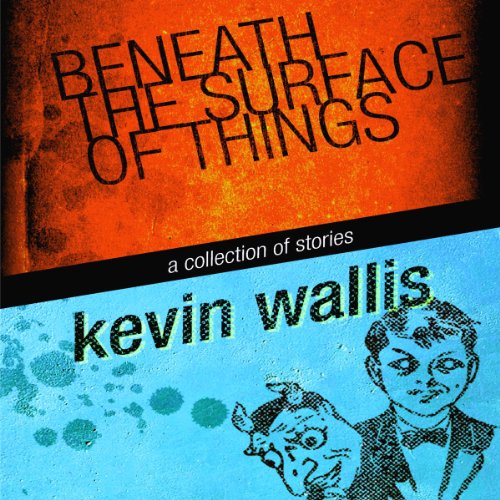 Beneath the Surface of Things

By: Kevin Wallis
Narrated by: Stephen J. Holowid
Try for $0.00

A homeless man trapped in a hell of his own making finds a reason to hope in "Redemption Song."

A camping trip turns into a race for survival after the discovery of a bizarre artifact in "The Taking of Michael McConnolly."

A man begins to question his sanity as patrons at a cafe begin to vanish one by one in "Charlie's Lunch."

Over two dozen exceptional tales of terror from one of the emerging voices in the genre.

"The Taking of Michael McConnolly" was named an Honorable Mention by Ellen Datlow's Best Horror of the Year.

What listeners say about Beneath the Surface of Things

The stories for me weren't particularly riveting, so I was only half interested with the narration.

Has Beneath the Surface of Things turned you off from other books in this genre?

Not really, no. I will probably try another type of horror at some point.

Who would you have cast as narrator instead of Stephen J. Holowid?

Not sure. I didn't have that much of a problem with the narrator.

Some stories were a little creepy, but other than that, indifferent.

What disappointed you about Beneath the Surface of Things?

Stories are one-dimensional and not well developed. Premises heavily rely on supernatural non - explanations. I could not escape the thought that this must be the kind of manuscripts publishers must need to reject on a daily basis.

Has Beneath the Surface of Things turned you off from other books in this genre?

The narration felt like bad acting with the same whiny characters in every story. Strange pronunciations of several words were distracting.