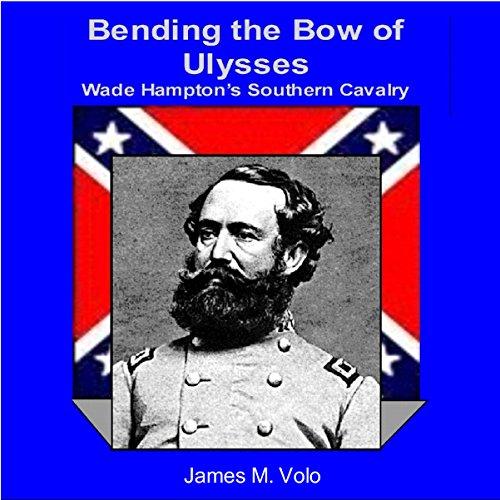 Bending the Bow of Ulysses

The purpose of this selection is to document the military career of Wade Hampton III. Six feet tall and sturdily built, Hampton was no armchair warrior. Noted for his patriarchal and caring manner, Hampton would give all of his own personal fortune for the Confederate cause before the Civil War was over. Wounded five times in battle (severely at Gettysburg), at 42 years of age Hampton was described as the idealized statue of a mounted warrior. Despite his lack of military experience and his relatively advanced age, Hampton was a natural cavalryman - brave, audacious, dedicated, and a superb horseman. While Hampton was in command of the Confederate Cavalry Corps through to the end of the war, he never lost a single fight. In fact, it is the thesis of this selection that Hampton was always a significant, but underrated, force in the CSA cavalry. His victories, especially when outnumbered and out-resourced, would be unparalleled. By any measure the choice of Wade Hampton as Stuart's replacement was inspired. As Stuart was very nearly the perfect leader in the days of attack, so Hampton was almost perfectly fitted to command in the days of defense. Hampton was among the most frequent and successful of hand-to-hand combatants among all the general officers in American history. He would lose his brother and his youngest son, both killed in action, and would literally see his eldest son, Wade Hampton IV, critically wounded. After J.E.B. Stuart's death, Hampton became the commander of Southern Cavalry and proved to be a stalwart leader and able tactician. He won the open devotion of his men, the respect of his adversaries, but never the public adulation that his predecessor commanded.

What listeners say about Bending the Bow of Ulysses