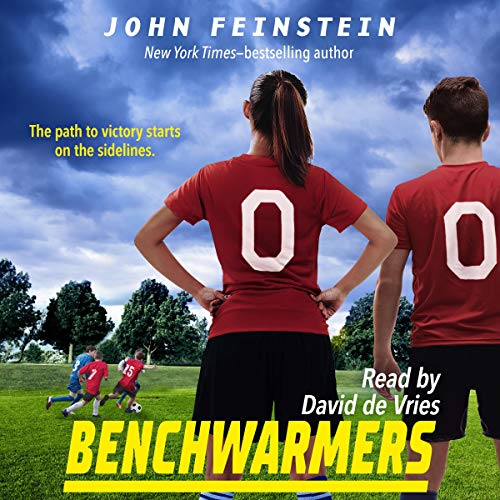 By: John Feinstein
Narrated by: David de Vries
Try for $0.00

The path to victory starts on the sidelines in this fast-paced new middle grade series from number one New York Times best-selling sportwriting powerhouse John Feinstein.

Twelve-year-old Jeff Michaels, son of a Philadelphia TV sports reporter, is just learning to play soccer on the new sixth-grade team at his middle school. Andrea Carillo has fought her way onto the squad, but the coach doesn’t think girls should play with boys, so she’s riding the bench with Jeff - even though she’s one of the best players.

With Jeff’s help, the Philly media gets ahold of the story, and suddenly Andi is all over the news as she shows her worth on the soccer field. But amid bullies, threats, and a media firestorm, will Andi’s skills and Jeff’s perseverance be enough to save the season?

From sportswriter John Feinstein comes this action-packed audiobook about two kids who may be "benchwarmers", but prove themselves naturals when it comes to teamwork, friendship, and finding a path to victory.

What listeners say about Benchwarmers