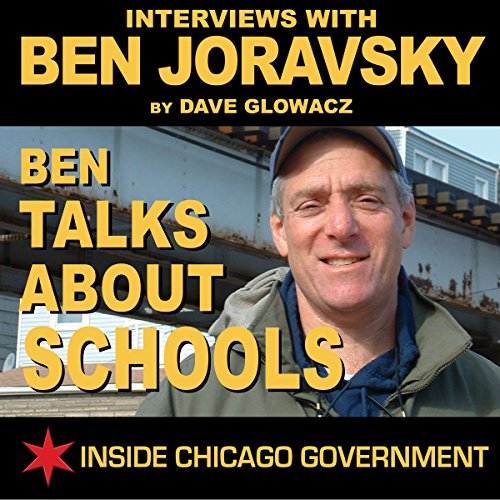 Listen in as Chicago Reader columnist and radio host Ben Joravsky talks to Dave Glowacz on one particular focus - schools - of Ben's articles, books, and other work. Some of Ben's articles discussed:

Online since 2007, Interviews with Ben Joravsky by Dave Glowacz is an Internet and broadcast radio talk show featuring in-depth interviews on governmental and political issues important to Chicago-land residents. Dave and Ben provide not only intelligent analysis, but amusing commentary and no-holds-barred insight. Unlike other headline-level chat fests that barely touch ground, Dave and Ben's interviews provide sound intelligence that turns their audience into weaponized voters.

Great interviews, humor, and political inside baseball. Would highly recommend for anyone curious about the history and future of Chicago Public Schools - political junkies and parents alike!