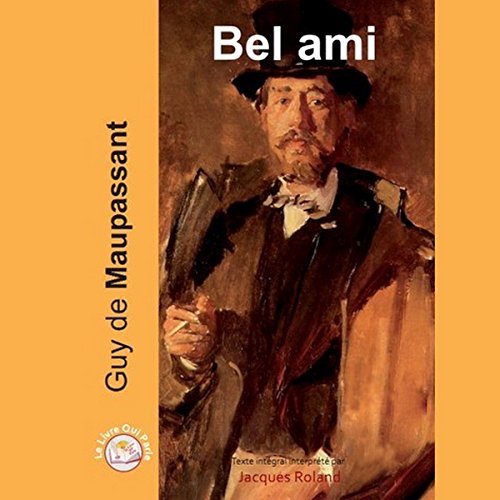 By: Guy de Maupassant
Narrated by: Jacques Roland
Try for $0.00

What listeners say about Bel ami

The ignoble rise of an unscrupulous journalist, handsome son of Norman peasants is told from his point of view, but in the third person, giving the author more freedom for irony and distance from the self serving thinking of the protagonist.
The influence of Balzac and Flaubert is apparent, but the style is crisper, more concise, so the plot is more gripping.
Duroy- Bel-Ami, as he is nicknamed- IS bel but no ami!
There are regrettable 19th century stereotypes - the Jewish newspaper baron, for example, is described with more prejudice than was his 20th century real life counterpart Robert Maxwell, as far as I know. M Walter, however, is not the worst villain of the piece. He may be despised for being Jewish but the Gentiles around display even more strongly the characteristics they regard as specifically Jewish. Maybe that’s the point.

The info says the book is not abridged, but it is. That's the only reason I'm giving 4 stars.

It was a good story, well narrated, but the last few lines of several of the chapters were missing, including the final chapter, which was really annoying.