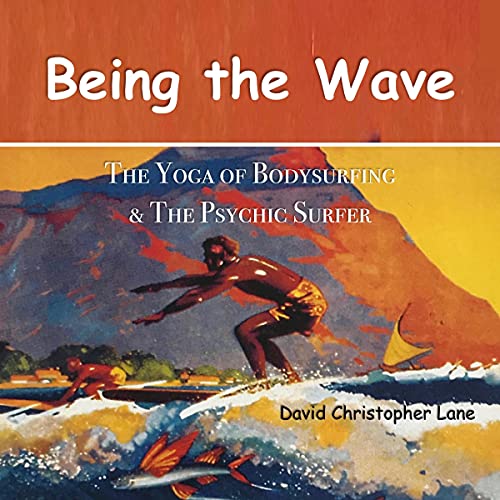 Being the Wave: The Yoga of Bodysurfing and The Psychic Surfer

By: David Christopher Lane
Narrated by: Izzy Shafey
Try for $0.00

The Yoga of Bodysurfing

Hatha yoga has a long history and is deeply embedded in Indian culture which is replete with all sort of religious and mythological ideas about the practice’s ultimate significance. Despite variations among different schools of hatha yoga, several core elements have emerged and become widely adopted worldwide. These include mastery of body postures known as asanas; mastery of hand positions known as mudras; mastery of breath control known as pranayama; and mastery of concentration known as Dhyan. The combinatorial aim of this four-fold methodology was to achieve liberation during one’s lifetime from the sufferings of human existence. Achieving such an enlightened state is known by various names including moksha or nirvana.

What is much less known is how yoga, shorn of its theological overlays and spiritual ultimacies, is similar in many ways to the art of bodysurfing. At first glance, this may seem like a gross exaggeration, but on closer inspection, it is clear that a bodysurfer adept at riding waves actually employs yoga’s four-fold technique.

Using surfing as a key and guiding metaphor, this audiobook explores why being "psychic" has nothing to do with paranormal abilities. Rather, it is a person's focus and attention to subtle details that makes all the difference. Explores Mike Stewart's low-pressure theory in connection to surfing and other related issues.

What listeners say about Being the Wave: The Yoga of Bodysurfing and The Psychic Surfer