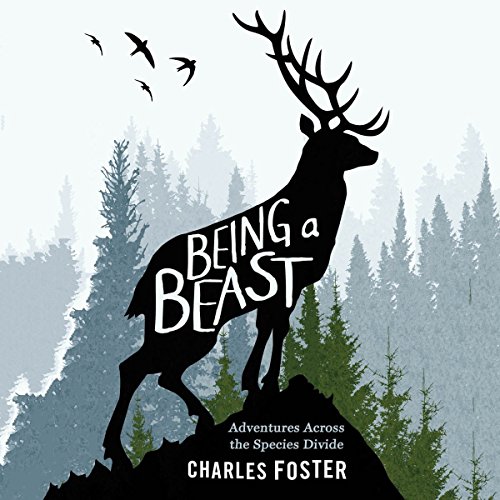 How can we ever be sure that we really know the other? To test the limits of our ability to inhabit lives that are not our own, Charles Foster set out to know the ultimate other: the nonhumans, the beasts. And to do that, he tried to be like them, choosing a badger, an otter, a fox, a deer, and a swift. He lived alongside badgers for weeks, sleeping in a sett in a Welsh hillside and eating earthworms, learning to sense the landscape through his nose rather than his eyes. He caught fish in his teeth while swimming like an otter; rooted through London garbage cans as an urban fox; was hunted by bloodhounds as a red deer, nearly dying in the snow. And he followed the swifts on their migration route over the Strait of Gibraltar, discovering himself to be strangely connected to the birds.

A lyrical, intimate, and completely radical look at the life of animals - human and other - Being a Beast mingles neuroscience and psychology, nature writing and memoir to cross the boundaries separating the species. It is an extraordinary journey full of thrills and surprises, humor and joy. And, ultimately, it is an inquiry into the human experience in our world, carried out by exploring the full range of the life around us.

What listeners say about Being a Beast

yes. it is very original. first time to know how great a vet could be.

What other book might you compare Being a Beast to and why?

i can't. this is one of its kind. i think the narration cannot be more genuine.

What does Charles Foster bring to the story that you wouldn’t experience if you just read the book?

the experience he has had being an animal before putting every insight into this precious book.

Being an honest beast.

so very insightful...every bit that we could relate to as human. love the description of the season and months of the otters hunting for food...he is so funny!

I wanted to read this book since I heard an interview with the author on NPR. I got the audiobook to listen to while I drive. Alas, that was dangerous, as it quickly put me to sleep.

The premise is fascinating, and then the author tries too hard to be brilliant and clever. I wanted to know what he experienced, and what he learned from that experience. Instead, he goes on and on with semi-witty metaphors (which I usually love) and over-long descriptions of what worms taste like.

Maybe it's better to read while lounging in a hammock, when falling asleep wouldn't be so dangerous. Or when I could re-read the lengthy sentences to fully grasp what he's going on about. I'll add it to the list of books to try again.

Genuine and much more substantive than expected

The author winds into the topic through rational, almost clinical descriptive science, which paves a path that leaves me a bit bewildered when we get where we are going. It is not surprising we never quite get "there", and rearkably honest that the gap is allowed to stand.

The author is someone who looks at the world without believing all the stories, arrogances, and assumptions that our culture attempts to sell to us all.

Best performance on Audible, by far. By a mad naturalist who will go to any lengths in his persuit of connection and knowledge. Fascinating, witty, profound book about trying to understand the consciousness of animals. Spiritual, hilarious, profound.

Where does Being a Beast rank among all the audiobooks you’ve listened to so far?

This is one of the best. It's almost otherworldly as Foster lives like the animals himself, smelling messages from other beasts and getting dirt up his nose underground

The honesty in the preface was about as good as the "trials" themselves. Everyone has wondered what it would be like to be an animal, but, as he explains, we will never truly be able to. Despite this, he gets as close as he can to approximating their reality.

Nearly fell off the exercycle laughing about his badger attempts.

This book is a real escape to other realities. I've never read anything quite like it (wrote the English major). I hope Mr. Foster continues to burrow his way through life and write more and more. My thanks to him.

looking forward to reading more of Foster's work. loved listening. always hear something new each time I play it. so many layers to the work.