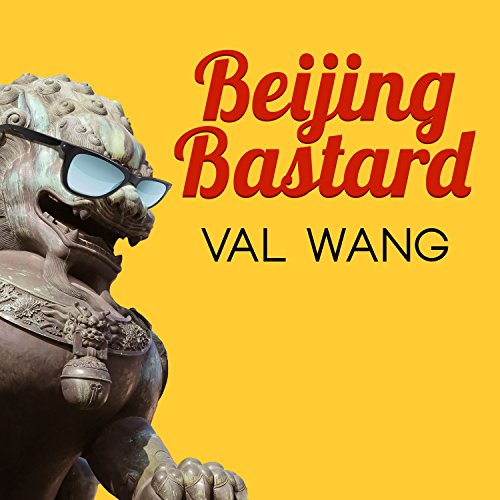 Into the Wilds of a Changing China
By: Val Wang
Narrated by: Emily Woo Zeller
Length: 10 hrs and 9 mins
Categories: Biographies & Memoirs, Cultural, Ethnic & Regional
4 out of 5 stars 4.0 (4 ratings)

Raised in a strict Chinese-American household, Val Wang dutifully got good grades, took piano lessons, and performed in a Chinese dance troupe - until she shaved her head and became a leftist. But Val's true mutiny was when she moved to China, the land her parents had fled. In 1998, Val arrives in Beijing expecting to find freedom - but she finds her traditional relatives instead. She discovers a city rebelling against its roots, struggling to find a new, modern identity like her. A thriving avant-garde subculture makes art out of the chaos in Beijing's gritty outskirts.

Brilliantly observed and winningly told, Beijing Bastard is a compelling story of a young woman finding her place in the world and of China, as its ancient past gives way to a dazzling but uncertain future.

"A deftly written and entertaining memoir that offers a fresh perspective on contemporary China and the people caught in its rapid transformation." ( Kirkus)