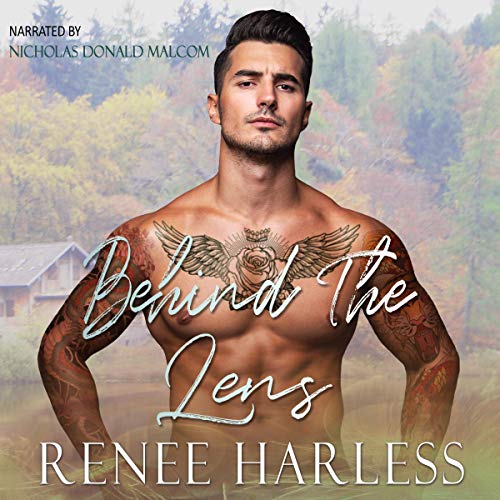 By: Renee Harless
Narrated by: Nicholas Donald Malcolm
Try for $0.00

Everything isn't always what it seems...behind the lens.

From drug cartels to classified information, Cliff knows a thing or two about secrets. As a part of an underground government reconnaissance team, he's seen it all. Until his latest mission.

Making mistakes isn't an option for people like Alexis. From group homes to moving around with the FBI, her feet never hit solid ground. One wrong move and suddenly her life isn't just in chaos - it's in jeopardy. Running for her life lands her in the arms of the first and only man ever to give her a reason to stay.

It's been two years since he's seen her, but it only takes him a split second to know that this time she's not getting away. Cliff puts his training to use and his life on the line to protect Alexis...and make her his.

What listeners say about Behind the Lens

I was excited when I learned Renee Harless was taking us back to Carson for more small town stories. Some of my favorite characters of hers live in Carson and I am excited to catch up with them.

Behind the Lens focuses on Cliff and Alexis. With their backgrounds with the FBI, it's no surprise that it catches up with them in a big way. Neither of them feel they are worthy to be loved, but can their immediate connection and draw to each other change those feelings?

Come along for another high stakes small town love story. My only question is how does Amy Connelly know everything that is going on?

The narrator, Nicholas Donald Malcolm, is a new voice to me. At first, I wasn't sure, but by the third or fourth chapter, I was hooked. His voice was very soothing and brought you into the story.

I did have to warm up to the narrator but once I did it was fantastic, I love this story so listening to it made all those feelings come back.

nick did a brilliant job.

if youve read the book or not, definitely listen to it on audio too, theres somthing about it thats just awesome