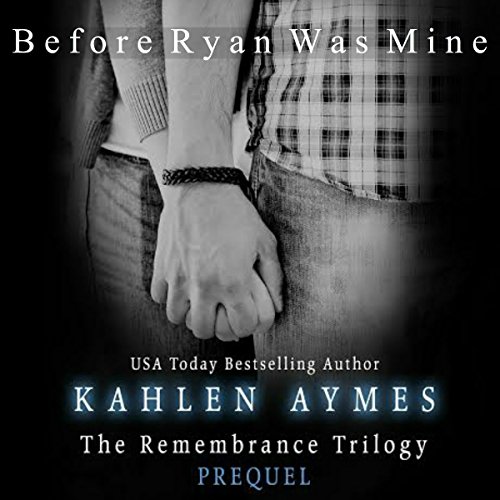 Before Ryan Was Mine

By: Kahlen Aymes
Narrated by: Zachary Michael,Janine Grand
Try for $0.00

When Ryan Matthews meets Julia Abbott for the first time at Stanford University, he immediately knows she will change his life. They have an instant, unbreakable connection that goes beyond partying and palpable attraction. Although Ryan's intelligence and good looks land him any girl he wants, he hesitates to cross that line with Julia because she is quickly becoming the best friend he's ever had.

As the bond between them grows stronger, they are both forced to watch the other cavort with the opposite sex and are unprepared for the deluge of painful emotions they feel. Ryan is consumed with jealousy and Julia's heart is aching; yet they refuse to take the chance that could mean the loss of the very person they couldn't bear to lose. Though their love could be incomparable, their friendship is priceless; and something neither is willing to sacrifice.

What listeners say about Before Ryan Was Mine

Couldn't listen for more than a few minutes

Listen to the sample first! The male narrator was a complete deal-breaker for me. For the first time, I'll be returning an Audible purchase.

I couldn’t even listen to ten minutes. The male narrator was so bad. I might try reading on kindle as this book was recommended to me.

This book was so good. It flowed smoothly and kept me interested from the first chapter. Ryan and Julia meet in College and become best friends. They are both into each other but are afraid to rock the boat and lose the beautiful friendship that they have. I love the narrators as I think they are perfect for Ryan and Julia. I can't wait to see what happens in the next book.

I really enjoy listening to books read in this manner it really makes the story.