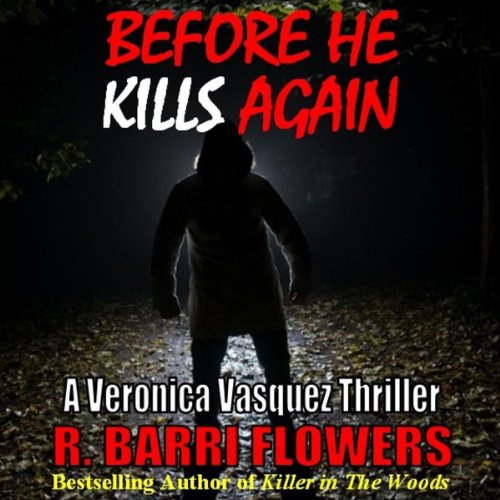 Before He Kills Again

Before He Kills Again

From R. Barri Flowers, award winning crime writer and international best-selling author of Dark Streets of Whitechapel and Killer in the Woods, comes a gripping new psychological thriller, Before He Kills Again: A Veronica Vasquez Thriller.

FBI psychologist and criminal profiler Veronica Vasquez returns to her hometown of Portland, Oregon to assist police in apprehending a ruthless serial killer dubbed "The Rose Killer," who kills beautiful women in pairs, leaving a rose on top of each corpse.

Heading the investigation is homicide Detective Sergeant Bryan Waldicott. Veronica must win him over, along with the entire task force, and prove herself worthy of the job. Since losing her husband three years ago, Veronica had been focused on her work to escape the pain of loneliness and separation. A romance with Waldicott, who has issues of his own, complicates things for them both as they try to stop a serial murderer before he kills again.

When she begins to suspect that the new husband of her estranged sister Alexandra could be the killer, Veronica pursues that delicate angle and, in the process, becomes a target herself.

Before He Kills Again is tense thriller that will keep listeners on edge until the very end.