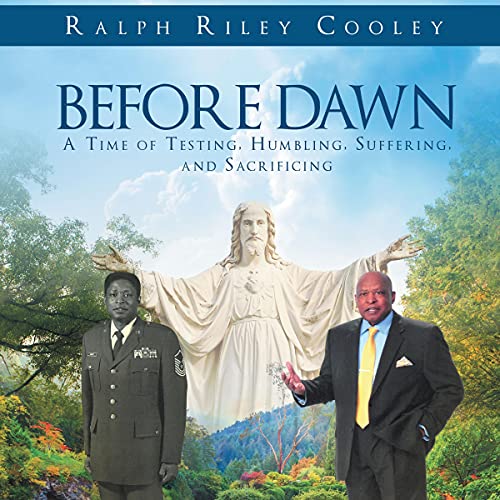 Before Dawn: A Time of Testing, Humbling, Suffering, and Sacrificing

By: Ralph Riley Cooley
Narrated by: Diane Box
Try for $0.00

During his birth, his mother almost lost her life trying to save his. There were so many complications that some people said he would have been better off if he had been still born, rather than to have lived. He was an ugly baby. He cried a lot when strangers held him. They outwardly scorned him, and they secretly abused him.

A big brown medicine ball worn over his bulging naval caused him to be cut off from his little friends much of the time. He grew up in a kind, loving, and faithful sharecropper family. But he saw suffering in his family early. When he was just six years old, his family was thrust out of their home and cast into the wilderness.

This happened because his parents tried to make progress. They tried to buy some land and break the sharecroppers curse from the family. The wilderness living experience was tough. His mother's faithful prayers helped the family to cope; the barren land, the creeks, the woods, the wild animals, the things that crawled the earth. Meeting miss Dolly, a scary but sad woman, and seeing his brother dangling over fast moving water after falling off the foot log were terrifying experiences for him.

Could he pull himself up by his bootstraps? Well, he started a self-assessment program in seventh grade. He left home at age 16 hitch hiking, down a long, lonely, dangerous highway. He was searching for a schoolhouse.

What listeners say about Before Dawn: A Time of Testing, Humbling, Suffering, and Sacrificing