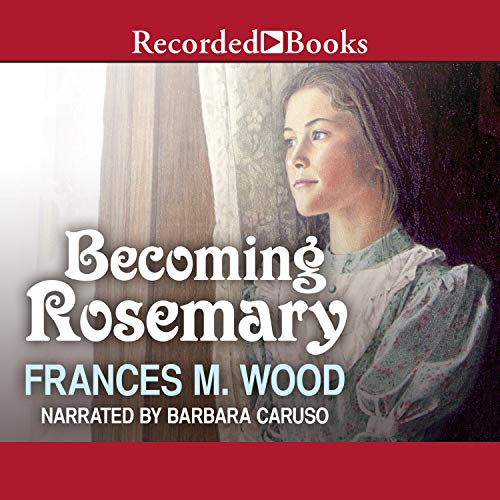 By: Frances M. Wood
Narrated by: Barbara Caruso
Try for $0.00

In 1790, during the summer of her 16th year, Rosemary makes a new friend. Mrs. DiAngeli and her husband have moved into the village in North Carolina where Rosemary lives. When the girl visits, Mrs. DiAngeli talks and laughs with Rosemary as she would with another adult. Immediately, Rosemary treasures their relationship. But Rosemary knows that her friend is different from the rest of her neighbors.

Mrs. DiAngeli is one of the few Catholics in the area. She has artistic gifts and visions that arouse fear and suspicion in the small village. Fueled by religious zeal, the villagers' distrust first focuses on Mrs. DiAngeli, then includes Rosemary's strange older sister as well. As Rosemary hears threats to the safety of those she loves, she begins to question the security of the small community.

What listeners say about Becoming Rosemary