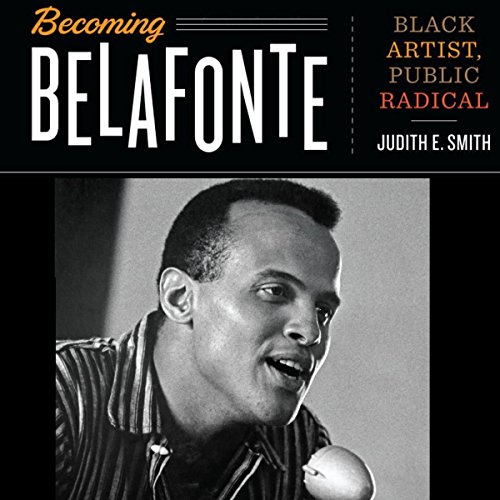 A son of poor Jamaican immigrants who grew up in Depression-era Harlem, Harry Belafonte became the first Black performer to gain artistic control over the representation of African Americans in commercial television and film. Forging connections with an astonishing array of consequential players on the American scene in the decades following World War II - from Paul Robeson to Ed Sullivan, John Kennedy to Stokely Carmichael - Belafonte established his place in American culture as a hugely popular singer, matinee idol, internationalist, and champion of civil rights, Black pride, and Black power.

In Becoming Belafonte, Judith E. Smith presents the first full-length interpretive study of this multitalented artist. She sets Belafonte's compelling story within a history of American race relations, Black theater and film history, McCarthy-era hysteria, and the challenges of introducing multifaceted Black culture in a moment of expanding media possibilities and constrained political expression. Smith traces Belafonte's roots in the radical politics of the 1940s, his careful negotiation of the complex challenges of the Cold War 1950s, and his full flowering as a civil rights advocate and internationally acclaimed performer in the 1960s. In Smith's account, Belafonte emerges as a relentless activist, a questing intellectual, and a tireless organizer.

What listeners say about Becoming Belafonte