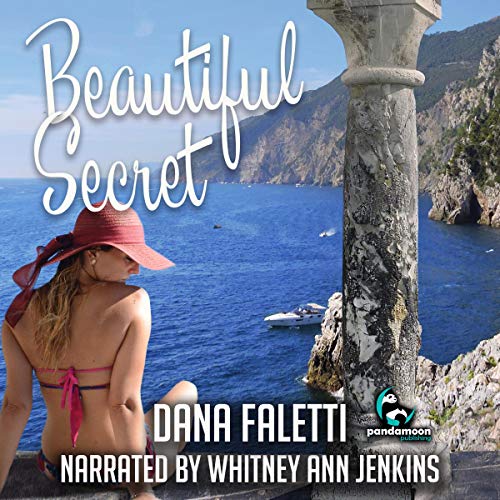 Beautiful Secret is set mostly in the lush French Ardennes and Southern Italy. It is the story of 33-year-old Tate Robbins, a woman who has lost almost everything that is important to her in life. When Tate decides to travel from her hometown in the North of Pittsburgh to Europe, she expects an escape from the life that is falling apart around her. Having lost both parents, Tate jumps at the opportunity when her dying Nana urges her to journey across the sea. Nana provides Tate with the vague directive to go and visit Luisa, Nana’s sister-in-law and best friend, that Luisa has something for her. It is Nana’s dying wish, so Tate hops a plane, leaving behind a failing marriage and not much else. She finds what she never knew she needed in her long-lost European family and a forbidden love affair. Alongside Tate’s narrative, Nana Maria’s story is told from her point of view and timeframe. Maria’s story is woven in between Tate’s. The tale takes place in 1940’s Calabria, where she was born and lived for the first 20 years of her life.

In her own voice, Maria spins the saga of growing up in the poor rural town of Tronca in the mountains, being seduced by her cousin’s older fiancé, Giuseppe, and becoming pregnant with his love child. Europe enraptures Tate almost immediately. Not only does the rich culture make her feel more alive than she’s felt in ages, but she finds herself completely taken with her French and Italian family. When she becomes undeniably attracted to her distant cousin by marriage, Michel, a man with a tragic past like hers, Tate’s emotions begin to unravel from the knot they’ve been tied in far too long. Torn between a magnetic pull toward the sexy Michel and a commitment to the philandering man who is technically still her husband, Tate looks forward to leaving France to travel to Italy. Before Tate leaves France, Luisa gives her an envelope and an address with directions to find the location and give the envelope to the man who lives there. Tate agrees, and she is off to experience Italy and discover her Nana’s secrets, find a new love, and a host of distant relatives she never knew about.