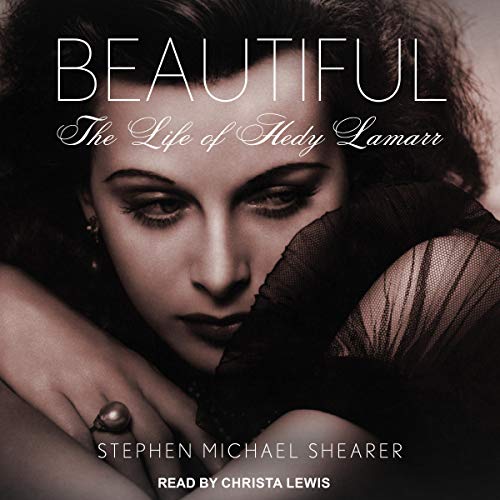 The surprising story of Hedy Lamarr, "The Most Beautiful Girl in the World"

Hedy Lamarr's exotic beauty was heralded across Europe in the early 1930s. Yet she became infamous for her nude scenes in the scandalous movie Ecstasy. Trapped in a marriage to one of Austria's munitions barons, a friend of Mussolini's who hid his Jewish heritage to become an "honorary Aryan" at the onset of World War II, Lamarr fled Europe for Hollywood, where she was transformed into one of film's most glamorous celebrities, appearing opposite such actors as Clark Gable, Spencer Tracy, and James Stewart. As her career faded, she went from one husband to the next, her personal troubles and legal woes casting a shadow over her phenomenal intelligence and former image.

Stephen Michael Shearer's in-depth and meticulously researched biography, written with the cooperation of Hedy's children, intimate friends, and colleagues, separates the truths from the rumors, the facts from the fables, about Hedy Lamarr, to reveal the life and character of one of classic Hollywood's most beautiful and remarkable women.

What listeners say about Beautiful