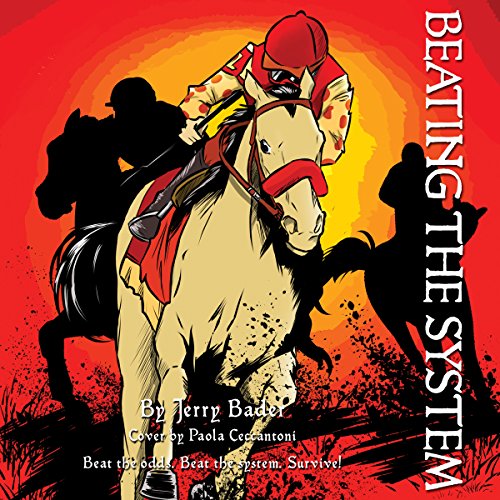 This is my life. My name and the names of the people and places have been changed for obvious reasons, but the incidents and experiences described all happened. This is real life, not a phony Hollywood version that demands things be packaged in a neat familiar framework with no loose ends. My life is full of loose ends, and many of them are still walking around.

To understand my story, you have to understand the underlying principles that formed my personality and guided me through a dangerous underground existence that reeked of corruption, greed, and danger. As a Jew whose parents survived the Nazi concentration camps, I learned life is fragile, and survival arbitrary. As a jockey, I developed an approach to life of living in the moment, of pushing the envelope, of reacting first, because not reacting can cost you the race, or maybe your life.

Jockeys are modern day serfs that travel the country picking up rides where possible, for the most part earning scraps, guaranteed to be seriously injured. Did I bend the rules? Yes. Did I break many of them? Most certainly, because that's the way the game is played. Horse racing is a microcosm of society where the rich get richer, and the rest of us do what needs to be done to survive. Don't fall for that nonsense that everybody can be president or prime minister, that anybody can be the next Steve Jobs or Warren Buffet. To be blunt, that's horses--t.

I did what I had to do to survive, and I make no apologies for it. I knew wise guys, even my best friend was one, but I was wise enough to know that's a dead end, especially for an outsider. And I knew I would always be an outsider, a Jew, a jockey, and a fixer. So this is my story, it's not a journey wrapped in a nice neat package, it's life as it really is, raw, crude, and dangerous. This is my life. - Alias Ronny Kleinberg

When I bought this book, I thought it was a non-fiction memoir of a jockey. But it turned out to be what is called a graphic novel. Needless to say, I was disappointed.

The story proceeds as if it is a true-life story of Ronny Kleinberg. This is an alias. The book opening says names and places has been changed for obvious reasons. That also hooked me into thinking it was a memoir. The story is about drugs, gambling and fixed races. Ronnie is a Jew and son of a holocaust survivor. There is some information about the problems of children of holocaust survivors.

The book is well written. But I was so disappointed to find out it was fiction and not a real memoir that I was turned off. If I went into reading the book knowing it was fiction, I might have liked it.

The book is just over four hours. Paddy McMahon does a good job narrating the book.