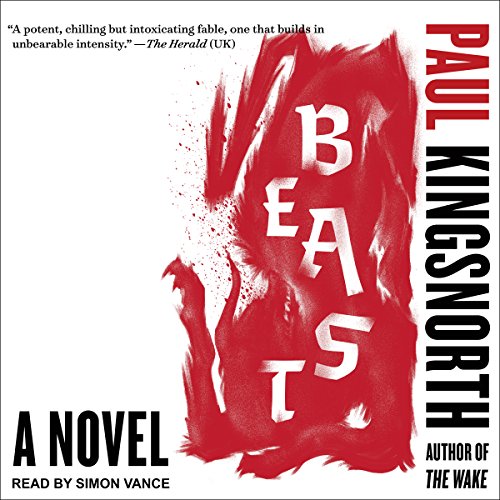 By: Paul Kingsnorth
Narrated by: Simon Vance
Free with a 30-day trial

Beast plunges you into the world of Edward Buckmaster, a man alone on an empty moor in the west of England. What he has left behind we don't yet know. What he faces is an existential battle with himself, the elements, and something he begins to see in the margins of his vision: some creature that is tracking him, the pursuit of which will become an obsession.

This short, shocking, and exhilarating novel is a vivid exploration of isolation, courage, and the search for truth that continues the story set 1000 years earlier in Paul Kingsnorth's bravura debut novel, The Wake. It extends that book's promise and confirms Kingsnorth as one of our most daring and rewarding contemporary writers.

What listeners say about Beast

How is this a sequel to THE WAKE? The only thing I saw the same was the character’s name. I couldn’t make heads or tails of this book. It didnt even take place during the Norman Conquest. It might have been ok had it just been a stand alone book - but it claimed to be a sequel to THE WAKE. It sure didnt seem that way to me. WTF? I love historical fiction. Thats why i read THE WAKE. I enjoyed it. I have to say Mr. Kingsnorth has COMPLETELY lost me. Dont know if I’ll read the third book in the Trilogy (if there ever is one).