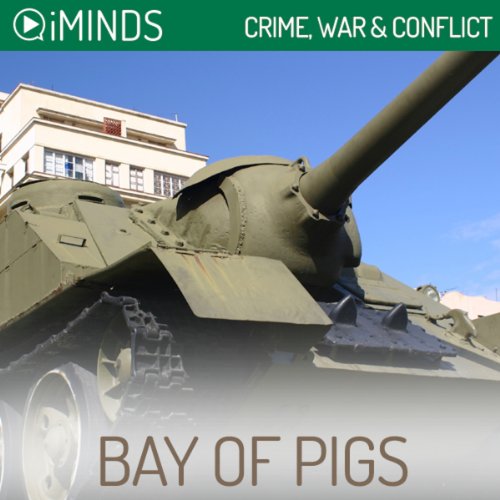 Learn about the Bay of Pigs invasion with iMinds insightful audio knowledge series.Bay of Pigs refers to the 1961 invasion of Cuba by a force of CIA-backed Cuban exiles attempting to overthrow Fidel Castro’s left-wing government. In Cuba the invasion is called the Battle of Girón, one of the beaches in the Bay of Pigs, which is on the south coast of Cuba. The invasion was one of the flashpoints of the Cold War and pushed the world towards the brink of nuclear war.

Cuba gained independence from Spain in 1898, but in the decades that followed, American businesses gained control of many industries and landholdings. Cuban governments, such as that of Fulgencio Batista, who effectively ruled from 1933 to 1958, were closely allied to the United States. In 1953, a young lawyer, Fidel Castro, rebelled against Batista’s dictatorial regime but was defeated, imprisoned and then exiled. In 1956 Castro returned and launched a guerrilla war.

What listeners say about Bay of Pigs

Interesting facts from what I can hear with the background music blaring. Tone it down?