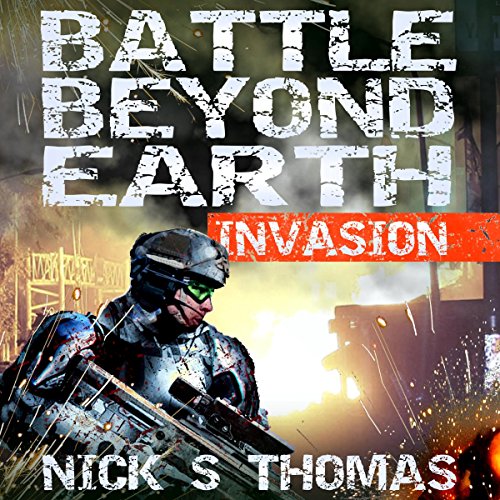 Battle Beyond Earth: Invasion is the fourth instalment in an epic new series that tells of humanity's desperate struggle to survive in an uncertain and war-torn future.

War had finally come. Bolormaa, the despotic Queen of the powerful Morohtan Empire has arrived. Colonel Mitch Taylor and his Immortals are not ready. Having just won a bitterly fought battle, they could not hope to defeat the Queen herself. But nothing could stop Taylor from trying. He would give anything to end her life, even his own.

Bolormaa has other ideas. She gives the Alliance seven days to prepare for war. But can she be trusted? Why would she not merely destroy all who stood before her? The invasion of Alliance territory has begun and Taylor must answer it. Though he soon discovers that the attacks are more complex than they first appear, and the mythical spear they had fought so hard to acquire is once again at risk. Yet it is not just Bolormaa who seeks it. There are also others who covet the spear for their own ambitions. Facing an unknown number of enemies on all sides, Taylor must decide who he can trust before he risks it all.

Battle Beyond Earth is a futuristic sci-fi action adventure series, a standalone story. It will also give a new perspective and storyline to the listeners who followed Mitch Taylor's exploits in the best-selling series Battle Earth.

What listeners say about Battle Beyond Earth: Invasion