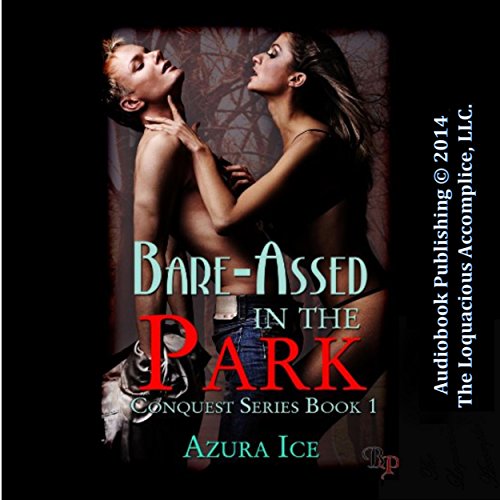 Bare-Assed in the Park

By: Azura Ice
Narrated by: Jennifer Saucedo
Try for $0.00

Raze sees Allison roller-blading in the park and can't keep his eyes off of her. She's curvy with long, flaxen hair and has the largest set of breasts Raze has ever seen. He finally gathers enough courage to talk to Allison, and to his surprise, she seems interested in him too.

There's something about Allison that captures not only Raze's libido, but his heart as well. After they engage in a mind-blowing session of sex, Allison suddenly declines his coffee invitation, gives him her phone number, and skates away, but not before making him promise to call her.

As Raze puts the number in his wallet, he realizes Allison left him a bogus phone number - and a bit of a surprise. Determined to find the woman again, Raze wants answers... and her love.

What listeners say about Bare-Assed in the Park