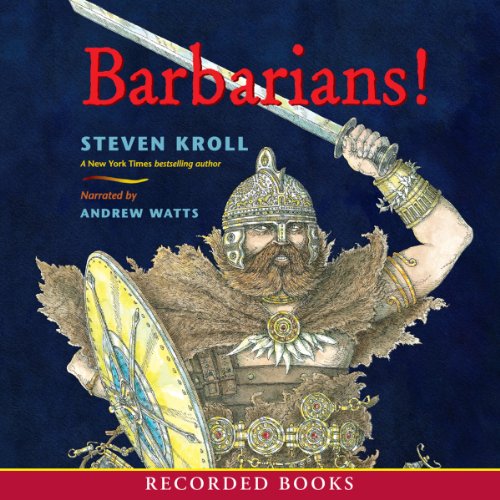 By: Steven Kroll
Narrated by: Andrew Watts
Try for $0.00

The ancient Romans used the word barbarian to describe people who were coarse, rude, or even just foreign. Over time the word has also come to connote bloodthirsty cruelty. But were the Goths, the Huns, the Vikings, and the Mongols as barbaric as we’ve been led to believe? In dynamic, detailed spreads that young readers will pore over, bestselling author Steven Kroll and illustrator Robert Byrd explore how these nomadic warriors lived, worshipped, and celebrated. Their wandering armies brought together Europe and Asia through trade and conquest and, in doing so, changed the world forever.

What listeners say about Barbarians!