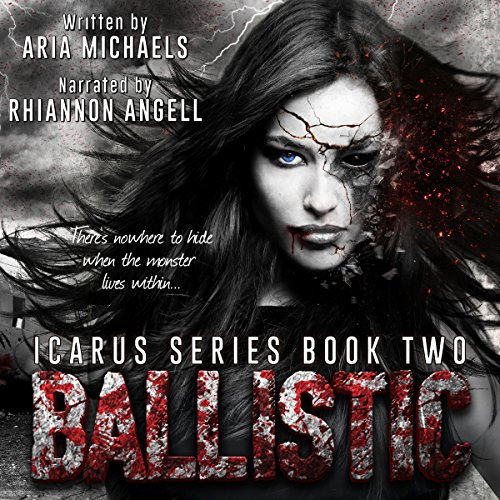 By: Aria Michaels
Narrated by: Rhiannon Angell
Try for $0.00

It's been three days since Solar Storm Icarus silenced the world... three days since the GRS virus wiped out most of humanity and started changing the few who remained. Liv and the others made it through the initial wave, but they've lost a lot along the way, and the journey to Salvation is far from over. A rogue military organization has taken hold of the area, and they possess a weapon that could change everything.

When Liv finds out her brother and the other refugees are being held captive at Camp Seco, she will risk everything to get him back. As the group embarks upon a dangerous rescue mission, a rival band of survivors threatens their safety, and a new storm gathers overhead. The virus has spread and the infected are being drawn together. What's worse, the beast that lurks inside of Liv is growing stronger and more difficult to control. But Liv has a promise to keep - and her little brother is running out of time.

Will Liv be able to harness her strength to save her brother and the hundreds of other innocents beyond the walls of Camp Seco, or will she let the monster out and put them all at risk?

What listeners say about Ballistic

The Sky Is Falling

Keeping in mind that this series was written as YA, I am wowed. If you go into this expecting it to be realistic, then you may find it falls a little short. As a YA book however, this is non-stop action, amazing narration and the storyline (which continues from book 1) is fantastic.

LiV continues to look for her brother as the world falls apart. Her group of friends expands and so does the trouble they find.

I am looking forward to the 3rd book and hope that it will be out soon. I am ready to find out what happens to LiV and Lucas, and see where this story goes.