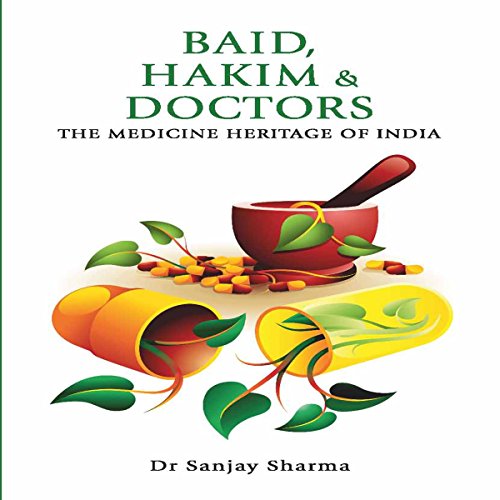 This illuminating and often astonishing book skillfully creates a rich tapestry from the writings, experiences, and evolving medical knowledge of the diverse healers who have practiced their craft and calling in the vast lands of India. Baid, Hakim & Doctors is based on the lesser known medical histories of India that have remained buried in the pages of oft-forgotten medical periodicals and journals.

Following centuries of persistent invasions from the armies and cultures of other lands and cultures, India became a melting pot of Asian and European medicinal herbs, metals and drugs. The traditional Baid (drug healer), with his knowledge of Ayurveda; the Hakim, with his Persian healing touch; and European doctors, with their new-age inventions, competed with each other for supremacy as India saw the struggle and dawn of independence, and her own medical system, largely influenced by her British overlords.

The book covers the historical perspectives of diseases and treatment in Indian society; the development of Indian medicine (Ayurveda); its merger with Persian medicine; the arrival of European doctors; and finally the practice of medicine today. Baid, Hakim & Doctors is an invaluable resource to every medical practitioner, historian, researcher, and knowledge connoisseur.