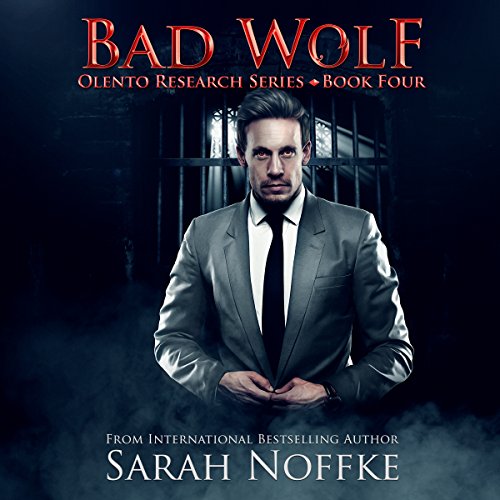 By: Sarah Noffke
Narrated by: Elizabeth Klett
Free with a 30-day trial

Mika Lenna, the CEO of Olento Research, won't be deterred. Yes, the Lucidites have the upper hand, but he has something better. The one thing that can really stop them. The potential to create the rivalry to any werewolf. Mika has crossed the final threshold of humanity to do something that no human would dare do. But if it pays off, then for him, it will all be worth it.

The pack is stronger than ever, but still missing so many members. Still, they find a way to band together to create a cohesion they didn't know in their past lives, the ones before becoming werewolves.

Meanwhile, the Lucidites are quickly making progress with a solution that might help the men assimilate with the wolf. However, will it come at a cost? The men have become accustomed to the wolf, and losing it may feel like leaving behind a part of themselves.

And finally, Adelaide has realized that her father's death made her lose a part of herself. She dives deep to find a way to recover it, but will she surface, or much like her father, will she be lost forever?

In the final installment of the Olento Research series, the wolves must defend, and those around them must decide if they're willing to battle along beside them. The final fight won't be nice or fair, especially when there's so much at stake. Each wolf is hungry for victory, but will their maker be their death?

the pack finally gets there chance to take out Olento research and things get dangerous fast. love the way this ends!! there is violence, danger, no adult content.