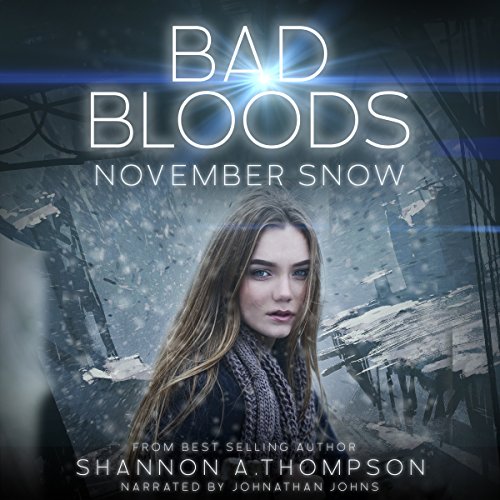 By: Shannon A. Thompson
Narrated by: Jonathan Johns

Fans of The Young Elites and Red Queen will love this new series by best-selling author Shannon A. Thompson.

When Daniel and Serena unite, their accidental relationship becomes the catalyst for a 12-year war to continue. Exposing the twisted past of a corrupt city, Daniel, Serena, and everyone they know will come together to fight.

But Serena has another battle. After a political rumor threatens their lives, Serena must leave her family and join the political front against her will. To survive apart, Daniel has to separate his love from his hatred and join forces with his worst memory to secure Vendona's war.

But very few of them will survive to see the last day.

Bad blood or human, a city will burn, snow will fall, and all will be united by catastrophic secrets and irrevocable tragedy.

Enjoyed but wish there was a different narrator

It took me a long time to get into this book. I have a hard time listening to Jonathan Johns’ voice, it makes me sleepy. But the story was captivating and well written with twist and turns I wasn’t expecting.