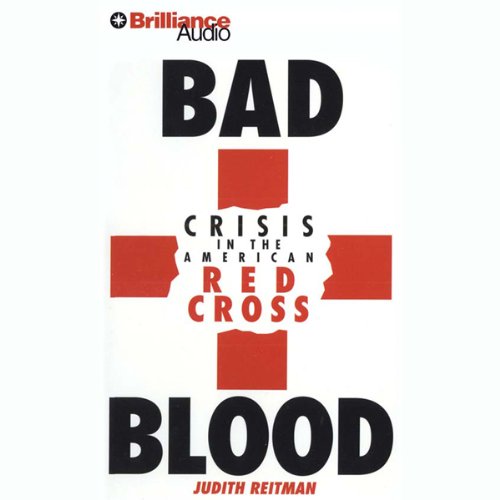 In a shocking exposé of the American Red Cross, award-winning journalist Judith Reitman rips the veil of secrecy off the world's largest humanitarian charity.

In 1984 triplet girls born three months prematurely received life-saving blood transfusions. A year later, their parents learned that their donor had the AIDS virus. After years of suffering, all three sisters died. It has been discovered that six more children have received infected blood from the same Red Cross donor.

In May of 1993, for the first time in its history, the U.S. Government brought a lawsuit against the American Red Cross, alleging thousands of violations of federal blood and safety laws.

Bad Blood is the story of gross mismanagement and shocking neglect within the American Red Cross. The organization known for its "gift of life" has been responsible for exposing millions of innocent people to a blood supply contaminated by HIV, syphilis, hepatitis, and other highly infectious diseases.