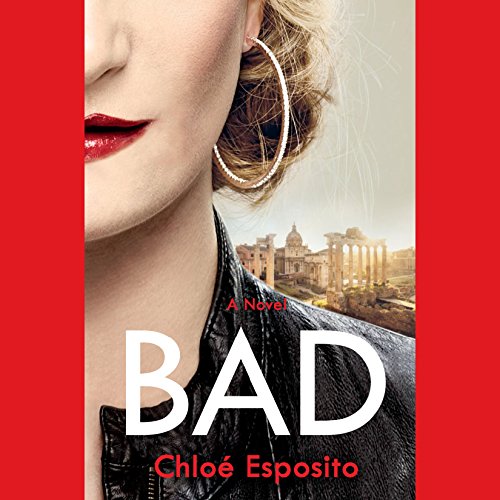 Stealing her sister's life was only the beginning.

Alvie Knightly flees Sicily for a suite at the Ritz after her not-so-playful sibling rivalry ends in murder.

Beautiful, spoiled Beth may be out of the way, but Alvie's discovering what happens when you steal your twin's identity. Especially now that Beth's body has been found. The police aren't the only ones Alvie has to worry about. Her hot new boyfriend has vanished, along with every penny of their stolen riches.

But Alvie has never shied away from a challenge. She pursues the traitor to Rome in a life-or-death game of cat and mouse. Hell hath no fury like a woman scorned - but can Alvie get revenge before her own crimes catch up with her?

This is a great sequel! It picks up right where it left off and again, as with the first book, I really enjoyed it! The narrator really brings all the characters to life! The story is funny and horrifying at the same time! Content wise, it's very similar to the first, blood, murder, sex, foul language, excitement and its soooo funny! What a combo!! Consistency and shock value are key here people, and Chloe absolutely delivers!! I'm am super excited for the release of her 3rd book!!