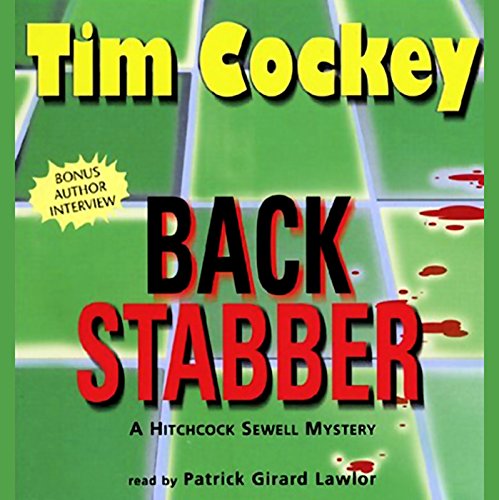 Hitchcock Sewell is back in one of the funniest and most fast-paced novels yet in Tim Cockey's celebrated award-winning series. A man has been murdered in his kitchen. And the apparent killer wants Hitch to scoop up the body and take it away...before the police have arrived. Meanwhile, across town, Hitch smells a rat, maybe two, in the nursing home where an old friend of his has taken up residence.

With his matchless wit and uncommon ability to dig out the truth, Hitch is once again up to his old tricks...and mystery listeners couldn't be happier.

"Cockey keeps the pace fast, the plot twisted and the laughs plentiful - as always, he does not disappoint." (Publishers Weekly)
"Great entertainment for fans of comic crime capers." (Booklist)
"A winning series." (Seattle Post-Intelligencer)

What a delight! A first rate "Who done it?"! Tim Cockey has created a tale with mystery, intrigue and humor. His first person depiction of the adventures of Hitchcock Sewell, the undertaker hero of this story, is fast paced, liberally scattered with clues (and a few red herrings) and is always engaging and fun.
As we all know, the quality of the narration is critical to the enjoyment of any audio book. Patrick Girard Lawlor's reading fully compliments the story, drawing the listener into the situation whilst never overwhelming it.
One can only hope Audible will offer more books from this series. I for one will not hesitate to add them to my wish list.